Fisher is a dog that proves if you have determination, anything is possible. Even though she can be seen cuddling with a cat cause he’s missing a leg, he always finds his way.

“He waits until you close the door [to go outside],” his owner, Erin, says. “And then it’s all fair game.”

Like the time Erin came home to find that Fisher had climbed up on the counter and chewed through 10 tins of the cat’s food and devoured everything inside.

“Fisher lives his life with no regrets; 100 percent would do it again,” Erin smiles. “That’s how he rolls.” 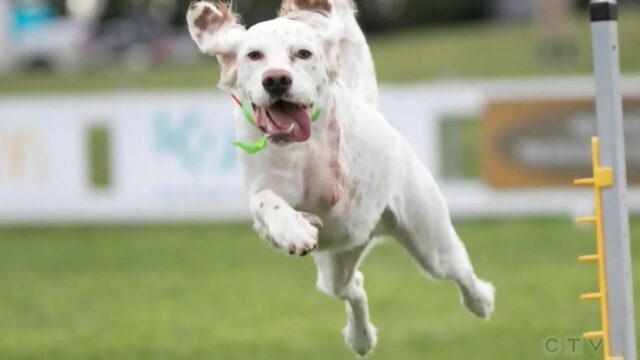 The canine developed a passion for competing in agility courses even when he lost his toe due to cancer. “He’s just a goofy dog,” Erin says, “He’s having fun.”

Erin discovered that cancer had spread and Fisher’s only option was amputating one of his front legs. “It’s tough,” Erin signs deeply. “Realizing that everything we hoped was going to be OK, wasn’t.”

The surgery was a success but Fisher struggled to find stability, both physically and emotionally. Once healed, Erin wondered if a return to agility might re-ignite his spark.

“When he saw the tunnel, he was like, ‘I used to really like those!’” Erin says.  “And he’s been running around ever since.”

Despite missing a leg, Fisher is finding his joy, and regaining his agility ability. “I’m still in awe of what he can do and how happy he is,” Erin smiles.

But the fact is Fisher with three legs is not as good at competitive agility as when he had four. Turns out, he’s even better. 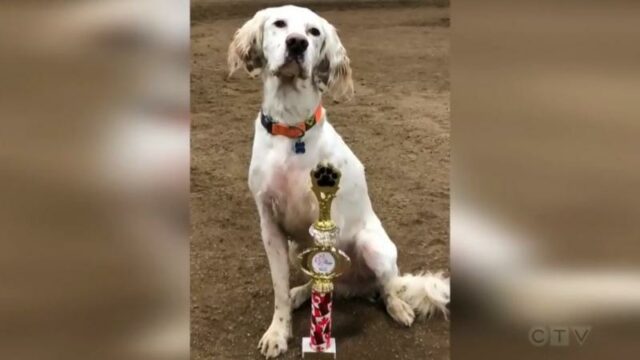 “He came first [in Canada],” says Erin showing a photo of Fisher with his trophy, the golden cup standing where his leg used to be. “It was an exceptional day!”

Fisher is also offering a lesson for us all. “If it brings joy in your heart, then give it a go, even if you’re not perfect,” Erin said.

Because obstacles (whether they be cat-food cans or canine agility courses) are simply opportunities to overcome. Or in Fisher’s case, soar beyond. NEXT
The World’s Oldest Living Dog Is From South Carolina