Balu, a year-old dachshund, demonstrates that he already has a maternal instinct. The sausage dog can be seen in the video giving each kitten a tender cleaning and “kiss” before pulling on the blanket and wrapping it over them.

Even Julieta, who had never witnessed him display this kind of loving behavior, was taken aback by his friendly attitude. Other dog lovers have also been amazed by Balu after she posted the video on her TikTok profile.

Julieta said, “The cat is lying down with her babies and Balu covers them with a blanket so they don’t get cold. They began to get closer since the kittens were born. At first we didn’t allow him much access because we were afraid he would hurt the kittens, but when we realized that his reaction was loving we let him spend time with them.” 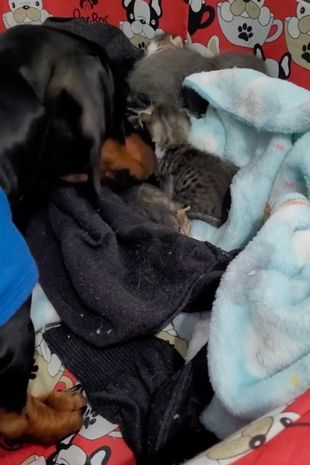 “We know the dog won’t harm the cats and we let them spend time together. The truth is, the dog’s behavior surprised us. We received many beautiful messages and we’re very grateful.”

Balu makes sure they are all kept warm — the ultimate desire for a pet — while Clor enjoys a well-deserved nap. 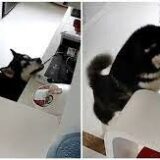