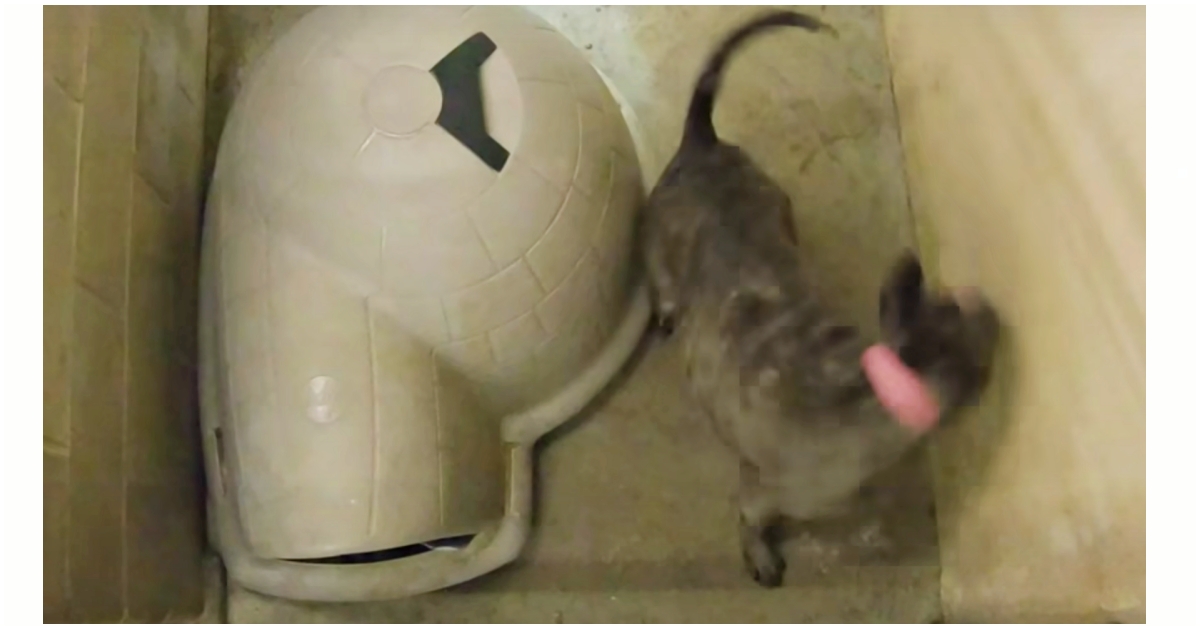 A blind dog, named Vickie, lived inside a shelter for over 6 years. Because of the stress and the confinement, Vickie spent hours every day spinning in circles. This behavior, besides being exhausting, was the only way Vickie knew how to cope with her situation.

One day, the shelter manager named Elijah, took Vickie from her kennel and she immediately stopped spinning. She jumped up on the kind man as if she had been waiting so long to be freed from that cage. It was then Elijah made a promise to Vickie. He told her he would make sure she was okay and find her forever home. It’s a promise he was unwilling to break.

Soon after, a woman named Ellen and her daughter Honora came into the shelter. Honora saw Vickie and learned that she was blind. The young lady burst into tears and told her mother she could not leave Vickie in that cage like that. Ellen explained to her daughter that this would be the perfect time to learn about volunteer work.

The mother and daughter went down to the shelter daily to see Vickie and take her out of her cage. Vickie warmed up to her new friends right away which Elijah was shocked by. He explains in the video below that Vickie can be quite skittish around new people. But it was as if the dog was meant to be friends with Ellen and Honora all along.

The mother and daughter saw Vickie’s potential. She’s such a sweet and loving dog. How could she not have a home by now? Well, now they were on a mission to get her trained and find her the home she deserved!

While the two wonderful gals worked with Vickie, they realized that they were growing closer too. They didn’t have as much time together before. Honora says that on the car rides over to the shelter to see Vickie, she and her mom were finally able to have conversations she had always craved.

For two months, Ellen and Honora visited Vickie and saw her for the amazing dog that she is. Her playfulness and loving nature won them over. Ellen knew that Vickie belonged with them. Now it was time to make it official! Ellen let Vickie out of the shelter cage one last time. Vickie was elated. She gave Elijah one last hug and Ellen said to Elijah, “Vickie will never be in a cement room again!” It was music to his ears!

Just an hour later, Vickie went on her freedom walk. It was the most beautiful thing to see. She was officially leaving her old, sad world behind and walking towards her bright future. It only gets better from here, sweet girl. You have to see what happens next with this wonderful family. We are beyond grateful for stories just like this one. Please remember the importance of pet adoption! And share Vickie’s story with your friends.

Watch the video below: