Dog Follows Kids To School, Gets Caught And Called To The Principal’s Office

Parents are usually summoned to school when their kids have cooked up some trouble. But in the case of mom Karen Manthey, it was her Labradoodle, Sandy, who was being “detained” in the principal’s office! As it turns out, her over-protective dog had followed his human siblings all the way to the school – all because he wanted to “keep an eye” on the little ones! 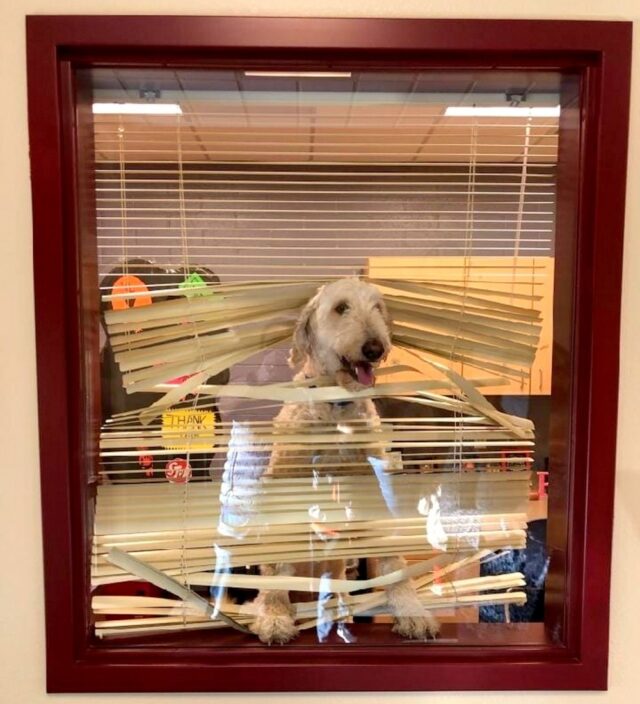 At school, the staff and the students were left in splits as they witnessed the antics of the stalker dog! When the Manthey kids finally realized Sandy’s presence, they immediately took him to the principal’s office. But as Karen couldn’t be reached via phone, the staff eventually allowed Sandy’s sister, Lainey, to take him home!

Back at home, Karen was shocked when she received a text from her neighbor, who was at school, enquiring with her about Sandy.  The text also contained an epic picture of Sandy partly entangled in the blinds at the principal’s office, while he still tried to “look out” for his siblings! Not only did the staff sportingly laugh off the entire incident, they also refused to accept Karen’s offer to replace the blinds destroyed by her clueless dog. Instead, they simply asked her to email them the legendary picture that commemorated Sandy’s hilarious misadventure! 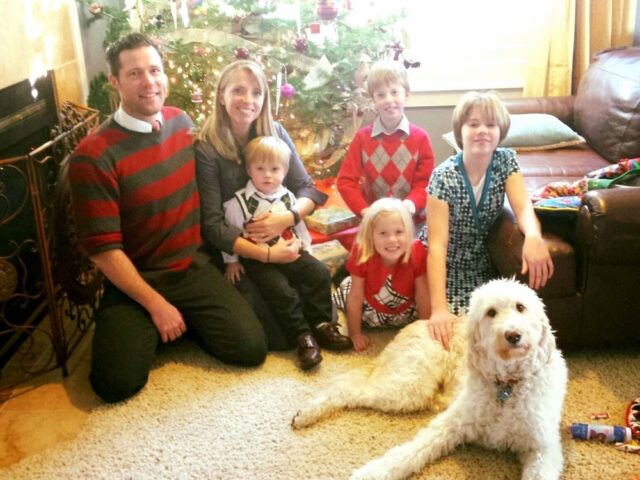 Karen considers Sandy to be a very obedient and rule-adhering good boy. But when it comes to the kids and their “safety”, his anxious heart definitely overtakes his training! The Manthey kids are one lucky clan to have such a faithful and loving furry companion by their side! NEXT
Soldier Falls In Love With Puppy In Iraq, Reunite After 1-Month