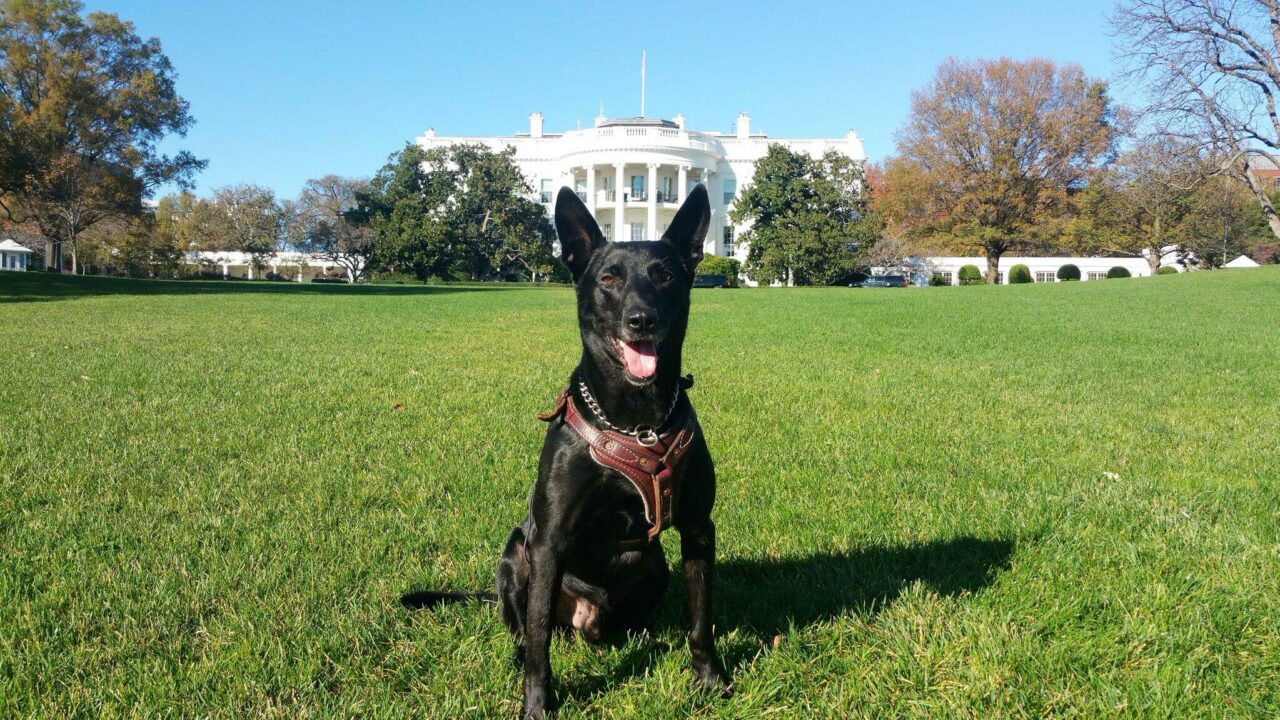 Dogs have been by the side of leaders for as long as we can remember! They’ve been trusty companions and it’s a fact that has been recorded throughout history.

Although these furry pals were given some kind of acknowledgment back in the day, people now have probably never heard of them.

That’s why we’re here to shine a light on the puppers that were by the side of America’s leaders, because believe it or not, some of them played incredibly important roles in the lives of those leaders.

The White House has been occupied by various presidents, it also housed several pets such as parrots, roosters, and many more. But the ones that seemed to be the most common were dogs!

King Tut was President Herbert Hoover’s Belgian shepherd and was a police dog. They acquired Tut from a friend around 1922 when he was probably one or two years old. The Hoovers were animal lovers and it carried on throughout Hoover’s presidency.

Many say that it’s because of his dog that he won the elections in 1928. Why? Well, according to many people at that time, Hoover was an uncharismatic man who lacked a lot of the normal charm and personality a politician would have. Everything changed when people saw his photo with King Tut. It was said by The New York Times that it was “one of the happiest pictures ever of Herbert Hoover” and it helped him seem more relatable, thus gaining the public’s favor.

The dog moved to the White House along with the family. There are home movies showing President Hoover feeding King Tut from the White House dinner table, something all dog trainers would frown upon today. Despite a good life in the White House, it wasn’t for the dog. It was evident that he was unhappy. They decided that it would be best to send him back to their house.

In 1929, the president’s best friend passed away and was only made known to the public after several months to avoid being given any dogs as a gift.

Checkers came at quite a controversial time in the late president’s life. In 1952, the former president found himself in quite the conundrum. He was accused of accepting $18,000 in illegal campaign contributions. He diverted everyone’s attention to his cocker spaniel that he admittedly accepted as a gift and how his children were so drawn to the dog. He even said that no matter what his family would keep the dog, Checkers. Believe it or not, it worked! The speech is famous for its name “Checkers speech” and it raised his ratings in the political polls.

Aside from Checkers, Nixon also owned a few other dogs — A Yorkshire terrier named Pasha, a poodle named Vicky, and an Irish setter named King Timahoe.

This Welsh terrier named Charlie may have been the secret weapon that changed the course of the Cuban missile crisis. Along with his future dog partner, Pushinka (a gift from a Russian ally), the dogs were the ones that kept JFK calm throughout the cold war. It was said that on that fateful day in 1962, he asked for the dog to be inside the tension-filled War Room.

Amid the chaos, the little dog sat obediently on his lap as he was petting it. Those who were in the room said that it appeared as if the dog calmed him enough to make the best decisions, which was right. His decisions led to de-escalating the conflict that they’ve been working so hard to fix.

The Reagans were known for their love for dogs and for owning various kinds. Such as a Bouvier des Flandres called Lucky, and a cavalier King Charles spaniel named Rex. He also had four other dogs that lived on his ranch — a golden retriever, Irish setter, Belgian sheepdog, and Siberian husky.

Lucky was a gift to them and was named after Mrs. Reagan’s mother. Although they wanted the massive doggo to stay with them, Lucky was a large dog (77 to 100 pounds) that required plenty of exercise. The Reagans soon realized this and they transferred Lucky to his permanent home to their California Ranch where he had the space to run free.

An English springer spaniel, Millie Bush, was once called “the most famous dog in White House history,” who lived with the Bush couple and their children.

This was a dog that was loved dearly, not only by the Bush family but also by the entire country. In 1990, they even published a children’s book that was “written” by Millie. It was called “Millie’s Book: As Dictated to Barbara Bush,” this book went on to the top of The New York Times Best Seller list. Lots of people were interested to see a day in the life of the president through Millie’s point of view.

Millie passed away because of pneumonia in 1997, after 12 years with the Bushes.

A chocolate brown Labrador retriever that roamed the halls of the White House that was loved by everyone, many fan clubs and websites arose in his honor.

According to Animal Planet, the dog was named after Bill’s late great uncle Henry “Buddy” Grisham who raised and trained dogs for more than 50 years.

Buddy was the other half of the presidential pet tandem in the White House during Clinton’s time as the president. The Clintons’ other pet was a cat named Socks. They said that Buddy and Socks had a special bond and even argued like true siblings, their “feud” became a well-known part of White House living during the Clintons’ stay. The best fur-iends even became the subject of the book Dear Socks, Dear Buddy: Kids’ Letters to the First Pets, penned by First Lady Hillary Clinton.