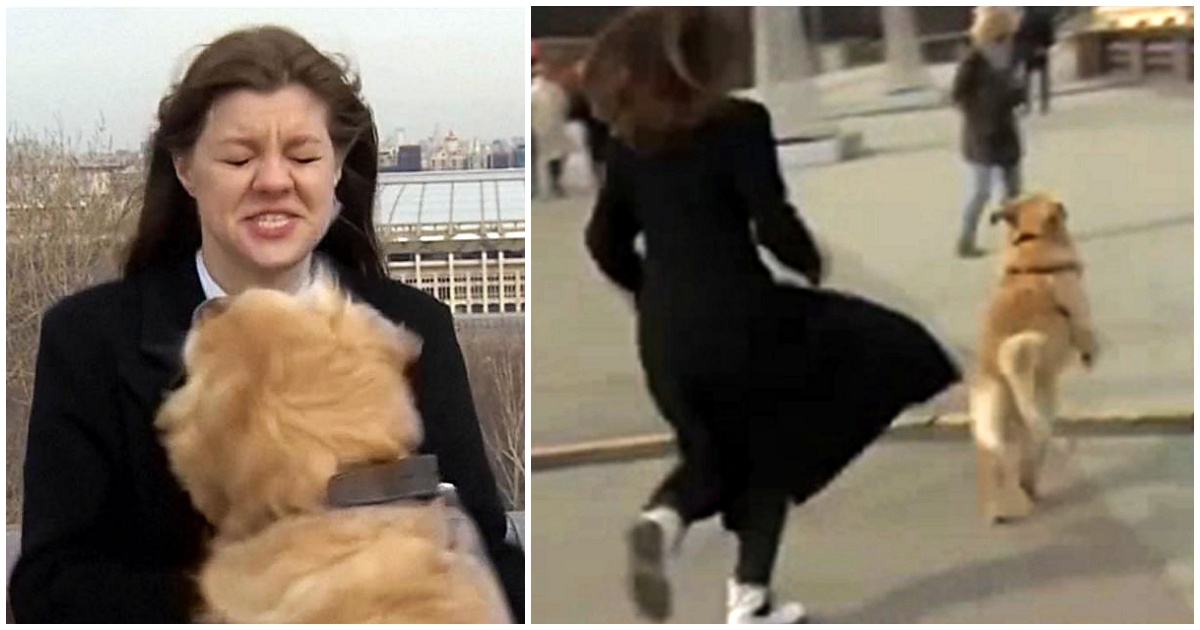 Headlines aren’t the only thing this Golden Retriever stole. A news reporter in Moscow was in the middle of a live weather update for MIR 24 when she unexpectedly got a furry visitor.

The Golden Retriever ended up running into reporter Nadezhda Serezhkina’s shot, but showing his face was not enough for this pooch. He jumped up on her, stole the microphone right out of her hand and ran off with it.

Serezhkina quickly chased after the sneaky thief until she got the mic back from him. She then continued her interview, petting the pup as he sat by her side.

The dog, whose name is Martin, definitely got his fifteen minutes of fame. But this hilarious encounter led to Serezhkina and Martin becoming good friends, and she even plans on visiting him soon!

Who knows, maybe there will be some television news reporting in Martin’s future.

Martin isn’t the first dog to interrupt a live news report. Recently, a tiny puppy hopped a fence and ran into the middle of a live weather report from Fox 5 DC’s Bob Barnard in Leesburg, Virginia.

Barnard quickly scooped the puppy up so she wouldn’t get away, and let her lick his face until the puppy’s owner rushed across the street toward them. The puppy, whose named was Pierogi, managed to escape by jumping over their gate and making a run for it. PREVIOUS
Pet Sitters and More: 7 Ways to Prep Your Dog For Your Travel Without Them