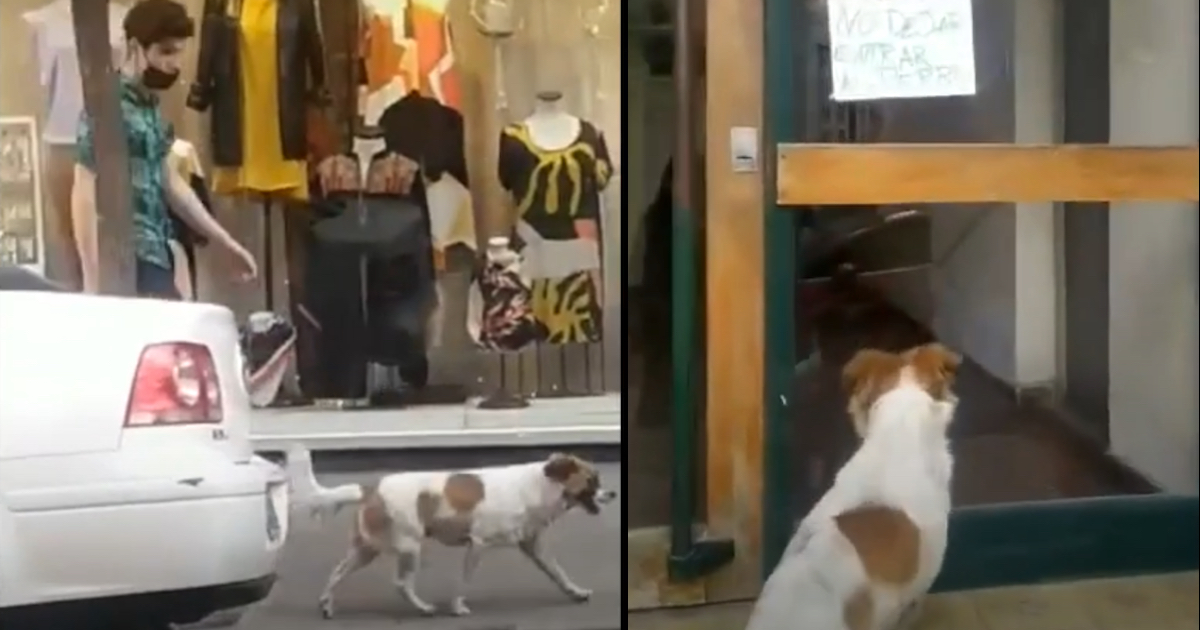 Lujan Videla and her boyfriend were out near their home in Argentina one day when they came across a street dog they’d never seen before. Bruno sat alone on the corner, so they decided to wait with him and see if an owner would show up. But nobody came. Then the dog started walking, and he led the strangers over to a sign on an apartment door.

The sign read, “Keep the dog out.” They asked a building resident about it, and they learned that Bruno’s elder owner had either passed away or was forced to move out. This left to the poor dog behind not knowing what was going on.

Bruno lost his home, and he just couldn’t understand it and kept desperately trying to get back inside. Although some locals had been feeding him, building management put up the sign after having to chase the poor boy away so much.

Lujan and her boyfriend had to help, so they took Bruno home. But he seemed sad as if his loss was finally starting to sink in. But over the next few days, his attitude would change as he started to heal emotionally! 🙂

The couple already had several rescues as pets and wouldn’t be able to keep Bruno themselves, but a trustworthy neighbor was willing to take him in! Lujan still goes on walks with Bruno, and it just happened to work out for everyone involved! 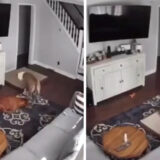