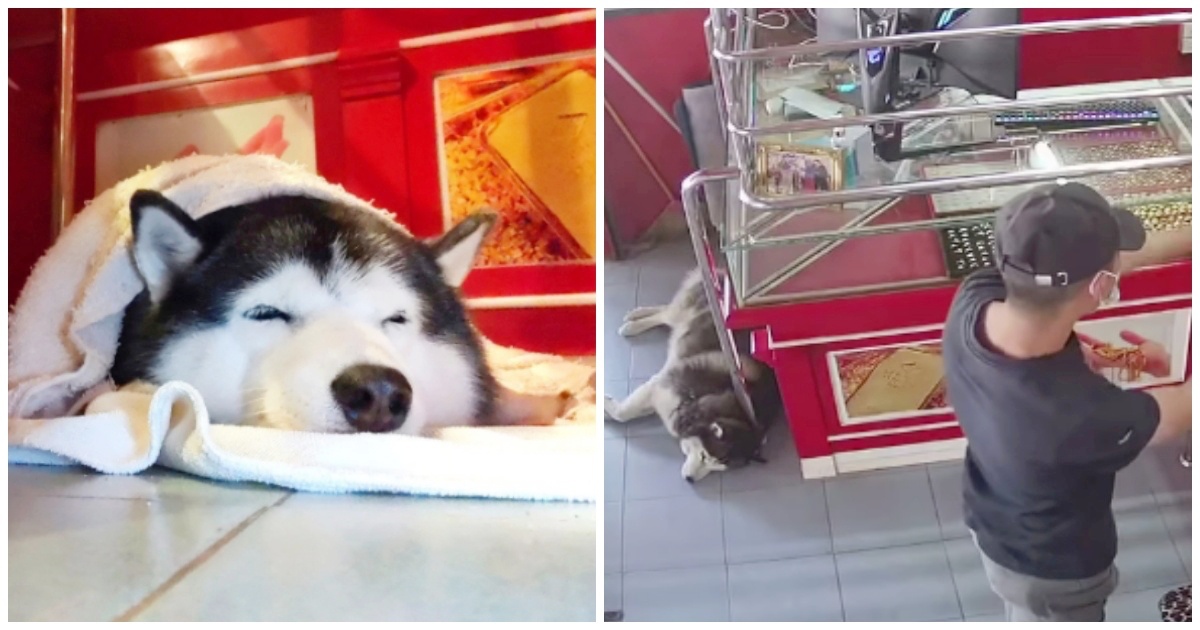 The owner of a jewelry store is counting his lucky stars that he nor his dog were injured in an “armed robbery” that took place recently. Worawut Lomwanawong owns a popular jewelry store in Thailand, and he brings his guard dog, Lucky, with him to work every day. The actual armed robbery was captured on surveillance camera, and unbeknownst to the dog, it was simply a test run.

Worawut wanted to perform a security test, so he arranged for a man to enter the store and pretend he was robbing the place. The “robber” carried a fake gun and “threatened” Worawut for money. The entire time, Lucky the Siberian Husky laid on the floor as if nothing was happening., He was taking a nap, unphased by the entire ordeal.

At one point, the surveillance camera captured Lucky’s owner glancing over at her as if he wished she would wake up or at least bark at the fake armed robber. The man handed the fake robber a bag of cash, and the robber then ran away with it. When Worawut posted the video online, it soon got the attention of animal lovers everywhere.

“When I posted the video on Lucky’s page, I didn’t imagine it would go viral,” Worawut stated. “It’s amazing to see that in just 3 days, the video has gained over 1 million views.” To see the snoozing Husky in action, press play on the video below.