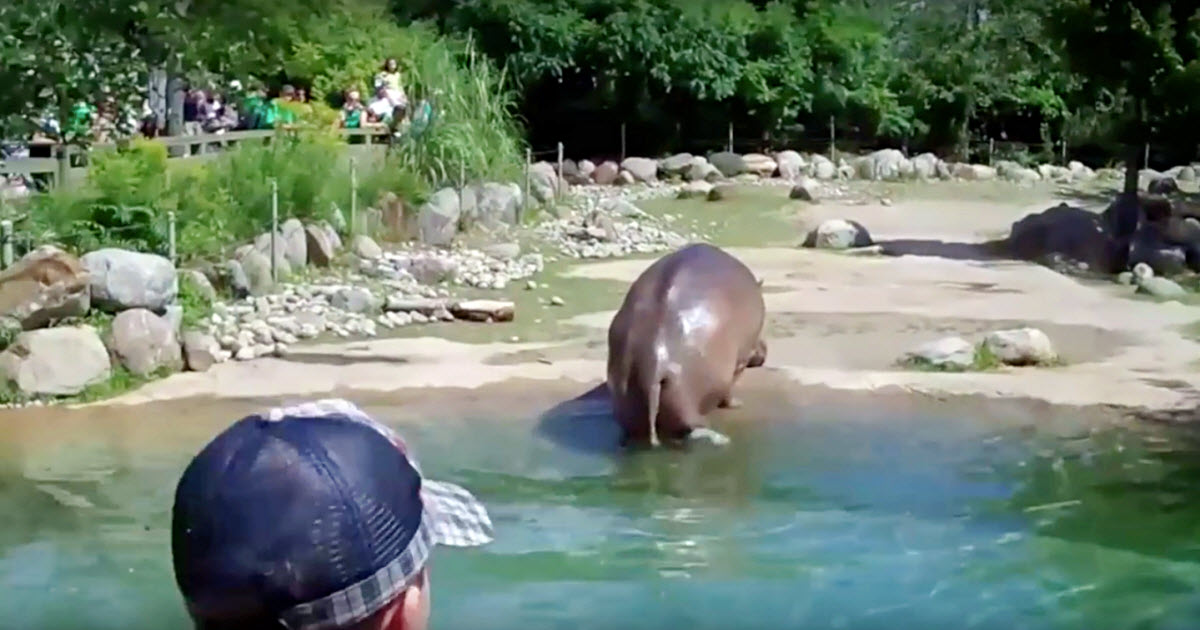 Whether we like to admit it or not, it’s a known fact that everyone farts. A fart is the release of intestinal gas, which forms as a result of digesting food. All of that gas has to go somewhere, but sometimes our bodies rid of it in embarrassing fashion.

And Hippopotamuses are no exception! Just like humans, animals have to release their gas as well, if not more often since they eat a ton more than we do!

This Hippo, whose residence is unknown, was enjoying a refreshing dip in the water on a hot summer day as zoo-goers watched. As he was walking out of the water, he let out a massive fart, which lasted at least 11 seconds! It was so strong that it sent his tail in a loop. The Hippo just continued walking as if nothing even happened.

While it didn’t faze the Hippo one bit, the zoo-goers erupted in hysterical laughter. It was so unexpected, and I’m sure they’ve never seen or heard anything like it before! You can hear people asking their neighbors if they saw what had just happened. But in all seriousness, how could anyone have missed that?!

The fart was caught on video for all of us to watch and laugh along with it as well. It quickly went viral, amassing over 25 million views!

“The Hippopotamus is a giant in the animal kingdom and hold the dubious title of world’s most prolific farter! If farting was an animal olympic event the hippo would surely hold the gold medal,” the video’s caption reads. NEXT
Owners Hoped For The Best And Go On Vacation, Returned And Found Dog Sitter’s Video