Must Watch: What Netflix Dog Films Should You Watch Next? Picture this, it’s a hectic week and you finally get your break. Or maybe you just need something to keep you occupied. You head over to Netflix and immediately encounter a dilemma as you scroll through the wide variety of films.

*Scroll* Not in the mood for anything that’s too cerebral. *Scroll* Nah, don’t have time for a series. *Endless scrolling*

You keep scrolling until you end up wasting your time and not watching anything. It sucks and we’ve all been there.

Luckily, there are a few gems on Netflix that are perfect for times when you don’t want to think too much and just sit back and chill. These films are filed under ‘dog films for kids,’ but that doesn’t mean you can’t watch ’em.

We’ve put together a list of dog films that you may not have heard of before, but will definitely tickle your heart and are worth your time. 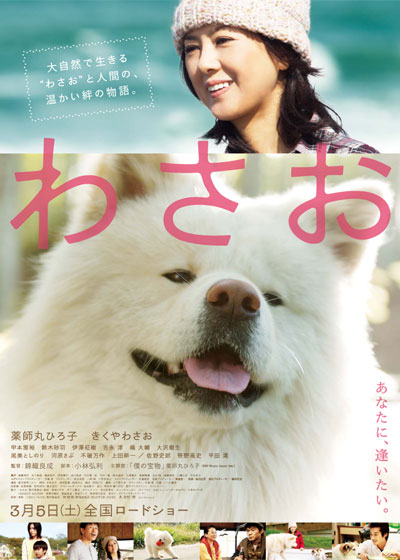 A heartwarming Japanese film based on a true story of an abandoned Akita dog left to survive, traveling from Tokyo to Ajigasawa, Aomori, Japan — to be found by his new owner. If you want a good cry, this is the film for you. A loyal wolfdog’s curiosity leads him on the adventure of a lifetime while serving a series of three distinctly different masters.

Fun Fact: This movie was adapted from American author Jack London’s novel of the same name published in 1906. As early as 1925, the story was adapted to film, and it has since seen several more cinematic adaptations, including a 1991 film starring Ethan Hawke. When his master dies, a loyal pooch named Hachiko keeps a vigil for more than a decade at the train station where he once greeted his owner every day.

Fun Fact: On May 19, 2012, a bronze statue of the Japanese dog Hachiko was unveiled at the train depot at Woonsocket Depot Square where the film was shot. It is a replica of the bronze statue of Hachiko which resides in front of Shibuya Station in Japan. This film takes you on an adventure of a stray dog befriending two school kids that leads to helping mend their broken family and save them from trouble. It’s a film that can take you to memory lane if you’ve seen the 1974 version of it. A street-smart dog and a pampered cat join forces to lead a pack of unlikely heroes when their city is seized by its evil mayor and his robot army. A pampered dog named Trouble must learn to live in the real world while trying to escape from his former owner’s greedy children. An Arctic fox works in the mailroom of a package delivery service but wants to be doing the deliveries.

Fun Fact: It is the second animated theatrical film to feature Huskies. The first time was Balto (1995). Duke, Dakota, and Dusty are all purebred huskies unlike Universal’s animated depiction of Balto. A Singaporean film that revolves around a dog with special “powers” that helps bring the relationship of a gambler father and estranged son closer. 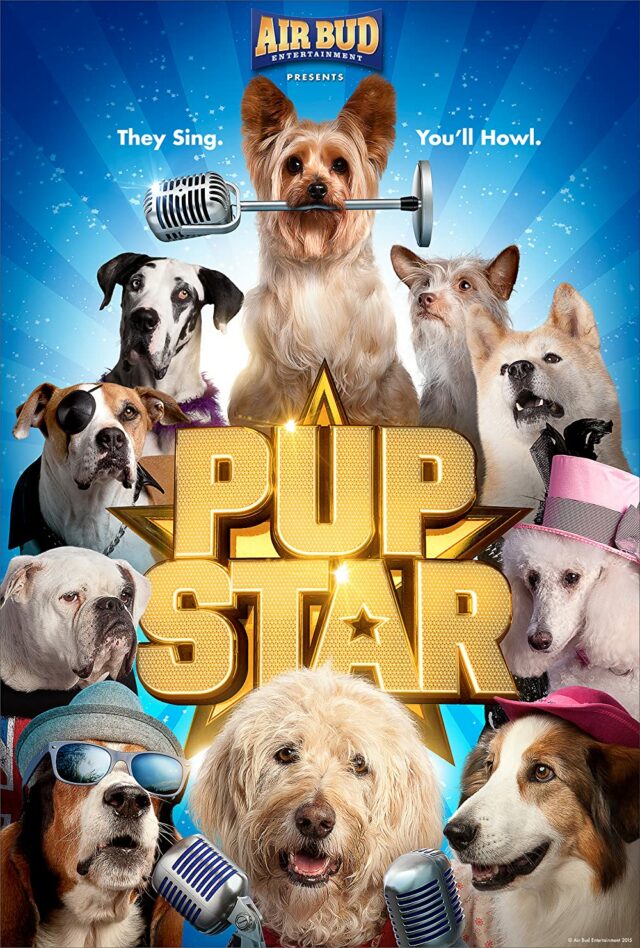 After a singing pup with big dreams of stardom gets dognapped and escapes with a friend’s help, her journey home is a fun, music-filled adventure. A gentle witch with a ginger braid offers rides to a variety of animals on her increasingly crowded broom, much to her grumpy cat’s chagrin.

Fun Fact: Mother Squirrel and Snake from The Gruffalo make cameo appearances in the scene where Witch and Dog are searching for the lost hat in the woods. An American family comedy that tells the story of how two orphan siblings, living in a foster care home, secretly take in stray dogs creating a home for them at a vacant hotel.

Fun Fact: Nearly 70 dogs were used for the making of this motion picture, many of which were actually rescued from the pound. Sarah is a young woman whose life is a bit of a mess. The last thing she needs is someone else to look after. Yet, like it or not, her Grandmother has bequeathed her a very spoiled pug – Patrick. Surely she must have had her reasons? A documentary film about veterans with PTSD who find that, after other treatments fall short, a service dog helps them return to an independent-feeling life. In this sequel to the action-comedy K-9, Detective Mike Dooley and his trusty canine companion Jerry Lee gets two new partners – a Doberman Pinscher named Zeus and his new trainer. A Spanish comedy-drama that revolves around a young boy who escaped a detention center to look for his therapy dog which leads him to reconnect with his brother and grandmother.

Fun Fact: The actor of Hector kept the dog from the movie under the condition of naming it like in the film.

Now that you have the list — it is all up to you now, pawrtner! Go forth and choose which dog film story you want to Netflix and chill with.