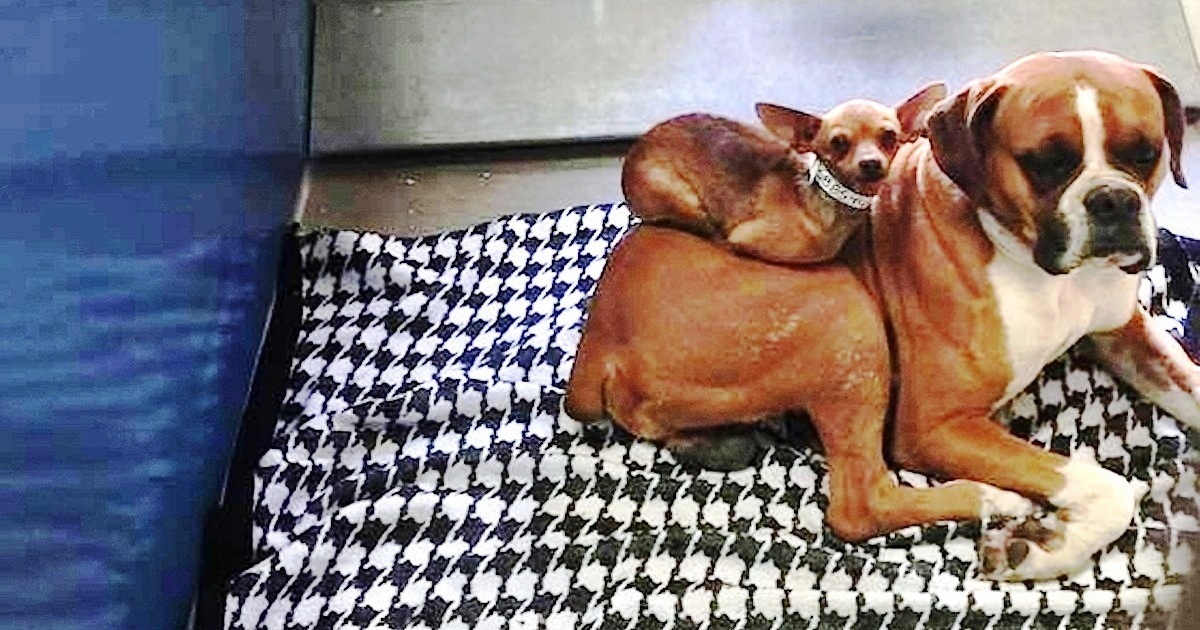 A Boxer named Buster and a Chihuahua named Little Miss are 2 bonded dogs who were enduring hard times on the streets of Arizona. The starving homeless pair was desperately clinging to each other when the rescuers found them. But even after being brought to a shelter, they refused to let go of each other!

The staff at Maricopa County Animal Care and Control soon realized that Little Miss and Buster needed each other’s company to survive. However, they also knew the chances of 2 dogs getting adopted together were pretty slim. That’s when they made an effort to reach out to the local community through social media.

In a series of pictures posted on the shelter’s social media, Little Miss was seen adorably perched on Buster’s back while the duo posed for the camera. The shelter hoped that someone would fall in love with the 2 best friends, but they never expected their story to go viral across the internet!

Due to an overflow of adoption applications, the shelter eventually used a lucky draw to pick a California family as Buster and Little Miss’ new parents. The duo has now begun their new lives renamed as Charlie and Libby, and they even have another doggie brother to play with! We are so thrilled they finally have a home together!

Click the video below to watch Charlie and Libby enjoying a morning stroll with their new doggie brother!