Nutella or Nah? Why Chocolate for Dogs Isn’t Allowed Chocolate is truly a classic favorite — it is sweet, creamy, flavorful, and irresistible. It makes you happy and picks up your mood in an instant. It is widely consumed by children and adults alike, but is it also safe for pets? Is there such a thing as chocolates for dogs?

Unfortunately, there is not.

Just days ahead of World Chocolate Day in July, Narla, a then-7-month-old German shepherd, had to fight for her life after ingesting almost half a kilogram of dark chocolate with raisins — a dose considered extremely deadly for dogs. According to a report by Wales Online, the incident happened after Narla managed to jump over the safety gate from the kitchen and into the living room where the treats were lying around. Fortunately, her owners promptly responded and vets were able to save her life just in time. Doctors had to administer intravenous treatment to get rid of the toxins in her body and provide relief as she was monitored for two nights.

Narla’s owners Victoria Day and Joseph Turpin have a word of warning to other dog owners: always be mindful of where you store chocolates or any other treat that has it in them. “We want to tell Narla’s story to stop other people going through the same horrific ordeal,” Victoria said in the report.

Giving chocolates to dogs is a topic that has long been talked about in the pet community — and rightfully so. Numerous studies show that it can be extremely lethal for dogs to ingest chocolate, even in small amounts. But what exactly is the science behind it? We’ll explain in the guide below. 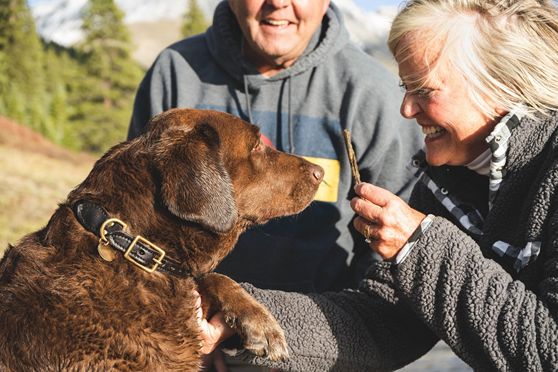 WHAT CAUSES CHOCOLATE POISONING IN DOGS?

Chocolate is made from the seeds of Theobroma cacao. In the Merck Veterinary Manual, Gwaltney-Brant (2013) states that what makes chocolates fatal for dogs are mainly “methylxanthines theobromine (3,7-dimethylxanthine) and caffeine (1,3,7-trimethylxanthine)”. Our human bodies can process theobromine faster, but dogs can’t. It is first metabolized in their livers, recirculates, then stays in their bodies for up to 18 hours before it is excreted through their urine.

Just how much chocolate is deadly for dogs? Chocolate’s toxicity to dogs actually depends on the type and amount consumed. For example, milk chocolate has approximately 64 mg of theobromine per ounce, while unsweetened baker’s chocolate has around 450 mg per ounce. These amounts are generally already enough to trigger symptoms of poisoning in your dog such as vomiting, diarrhea, and in more severe cases, seizures. Even cocoa bean hulls, while seemingly harmless, have significant amounts of these toxins that could kill your dog. HOW TO RECOGNIZE SIGNS OF CHOCOLATE POISONING

In a journal posted in the US National Library of Medicine-National Institutes of Health, the compound theobromine “affects the central nervous system, cardiovascular system, and respiratory system” (Finlay & Guiton, 2005). The first signs of poisoning appear 6-12 hours after ingestion and include, but are not limited to: WHAT TO DO IF YOUR DOG EATS CHOCOLATE

If you suspect that your dog has ingested chocolate, call your veterinarian immediately. In Narla’s survival story mentioned above, her owners’ quick thinking and response are what ultimately got her out of death’s reach. “It’s best to contact the vet as soon as you notice your pet’s eaten something they shouldn’t rather than waiting for symptoms, as by the time you see these signs the toxin has already passed into the body,” Dr. Robert Haselgrove, senior vet assigned to Narla’s case, recommends.

The doctor may advise you to continuously monitor your dog at home, but again, you may be asked to bring your pet to the clinic depending on the severity of the symptoms. The doctor may induce vomiting and administer IV fluids and medication to alleviate the effects of poisoning. Like in Narla’s situation, it is also possible for your dog to stay in the clinic overnight or until they have stabilized.

Here are a few ways to keep your home safe for your precious dogs to ensure that they don’t get harmed from the food we may unknowingly be leaving around. 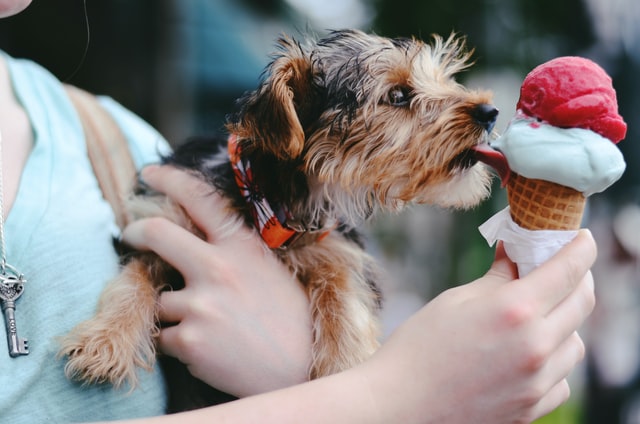 For us people, too much consumption of chocolate could have risks such as obesity, diabetes, and oral problems. But chocolate for dogs is also not recommended as it is very dangerous. So think twice before trying to feed your pet a scoop of that Nutella and pick treats that are safe for them instead. Keep chocolate tins, wrappers, and boxes out of their reach—it just might save their lives. PREVIOUS
If You’re Arf-y and You Know It: 5 Dog Breeds and Their Personalities 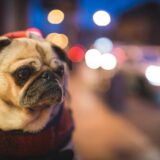 NEXT
I’m A Superstar: Celebrity Dogs and their Famous Owners