Amid fierce competition for the best legal talent, one of London’s oldest and most prominent law firms is allowing attorneys to bring their dogs to work.

According to The Telegraph newspaper, Slaughter and May will start allowing its attorneys to bring their dogs to work.

According to the report, the “magic circle” business, a colloquialism for the capital’s five most renowned law firms, would test the new rule by permitting dogs at work once a month.

The benefits of all animals, particularly dogs, to mental health, morale, and stress reduction are widely acknowledged. I also hope that the trial makes for an enjoyable and social day, said Deborah Finkler, the
new managing partner of the 1889-founded company. The crew has been informed that dogs are not permitted in the canteen, meeting rooms, or breakout areas.

A study by MHA, a national association of accounting and business consultancy firms, indicated that the talent pool for law firms is contracting and that firms may see a bidding war for fee-earners.

According to the survey, companies are working to promote employee well-being to increase worker engagement and retention in a cutthroat environment, and competition for employees will intensify this year.

Many significant US businesses, including Amazon and Google, now allow dogs in the workplace. At least 8,000 canines are reportedly ‘working’ at Amazon, which claims to have been canine-friendly since its beginnings. 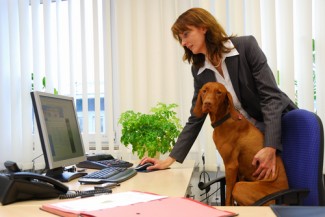 One employee wrote on the company’s website, “Having dogs in our workplace is an amazing treat. They make staff smile, and we’re delighted this is such a distinctly Amazonian tradition.”

According to its website, Google launched a “Doogler group” in 2020, an online forum and message board for staff members and their dogs. The company also permits employees to bring their dogs to work.

Similar rules are also followed by smaller companies, such as Lily’ Kitchen, an upscale “natural” pet food manufacturer based in London that Nestle acquired in 2020.

Employees can take up to three days of “pawternity leave” to let new pet owners bond with their dog or cat. The company also provides a huge goodie jar and doggy doors into meeting rooms. 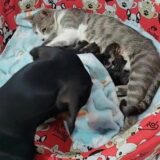