You’re on your phone reading this because you’re probably planning on dressing up your pup-pal. With the amount of free time people have time on their hands, this was bound to happen. Nothing, after all, is cuter than a dog in costume. Ideas can come from film and TV to history, and even pop culture. You might have gotten the idea from a friend that absolutely loves dressing their pup up and they inspired you to do the same. Or maybe, YOU are that friend — whatever reason it may be, keep reading to understand how dog wearing costumes came to be.

Picture it, you stroll around a mall and you see a puppy in a dress, looking just as adorable as a puppy can get. Minutes later, you bump into another with socks on. Perhaps later, you may even see one with a hat. 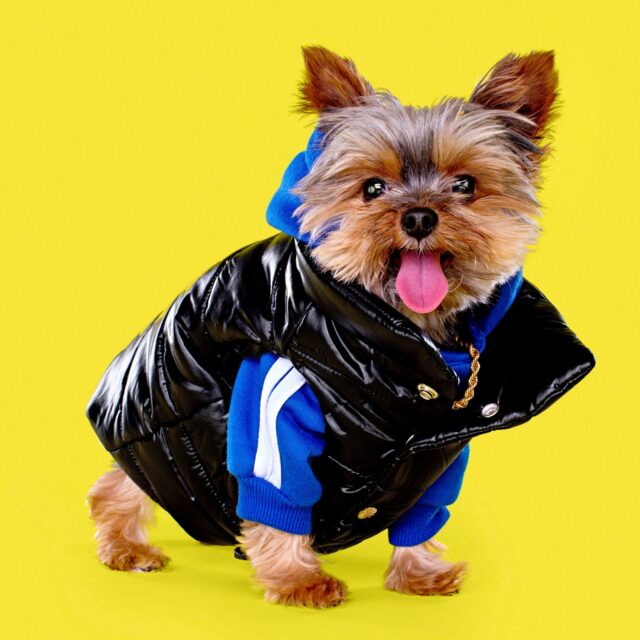 It’s become such a massive trend that there are Instagram pages dedicated to just dogs in costumes. Though costumes and clothing for pets have gotten much more complex in the past few years, ranging from gowns to full parades, the trend dates back much further than you might think.

Dogs in costumes aren’t a new concept, it’s been going on even before the early ‘00s. The very first dog accessory was a dog collar and it first started showing up in ancient Egypt, then soon in other countries. Those collars were often customized and evolved as time went on. They were sometimes made of silk, velvet, or any other expensive materials. Some even put locks that had a family-specific design and only the owner had the key to it, just in case the dog was stolen. Another common trend was to stamp leather collars with scenes from the dog’s life.

Times are incredibly different now, but somehow there are still a lot of similarities. Dogs may not wear armor or collars with expensive materials and locks, but what most dog owners make their pets wear would come close. And this goes beyond just identifying whose dog is whose. It helps us build on their identity, almost exactly like you would a human.

Dogs wearing costumes or outfits are  like an extension of the owner’s wardrobe or style — it says a lot about them and their personalities. What do modern dog owners dress their pets as? Maybe you can get some dog costume ideas from these paw-rents.

A HERO CAN BE ANYONE [ DC Superheroes ]

You heard that right, pets can be superheroes too! These cute costumes really do make your pets seem like they’re ready to fight evil and protect the innocent! Perfect for a costume tandem with you!

YOU’LL BE POPULAR, JUST NOT AS POPULAR AS ME [Wicked The Musical]

If you are a musical theatre fan, this is a wonderful costume idea for your pup! You can play your show tune of choice and lip sync or belt out along with your pet!

THE FORCE IS STRONG WITH THIS ONE [Star Wars] A similar costume can be found here: https://amz.run/4KBh

With the restriction nowadays, the traditional gathering to watch the dragon dance might take in a new form! This is an adorable alternative that you can do in the comfort of your own home!

A very important thing to remember is that whichever costume or outfit you decide it’s best to think of it as only letting them wear something you would.

With all the dog costume ideas, it may be time to go shop or make one for your pup! It will make for a great bonding experience for you and your doggo!

previous
Dog Exercise: 13 Workouts To Try With Your Pup
next
Play that Funky Music For Your Dogs: ‘80s Songs Edition