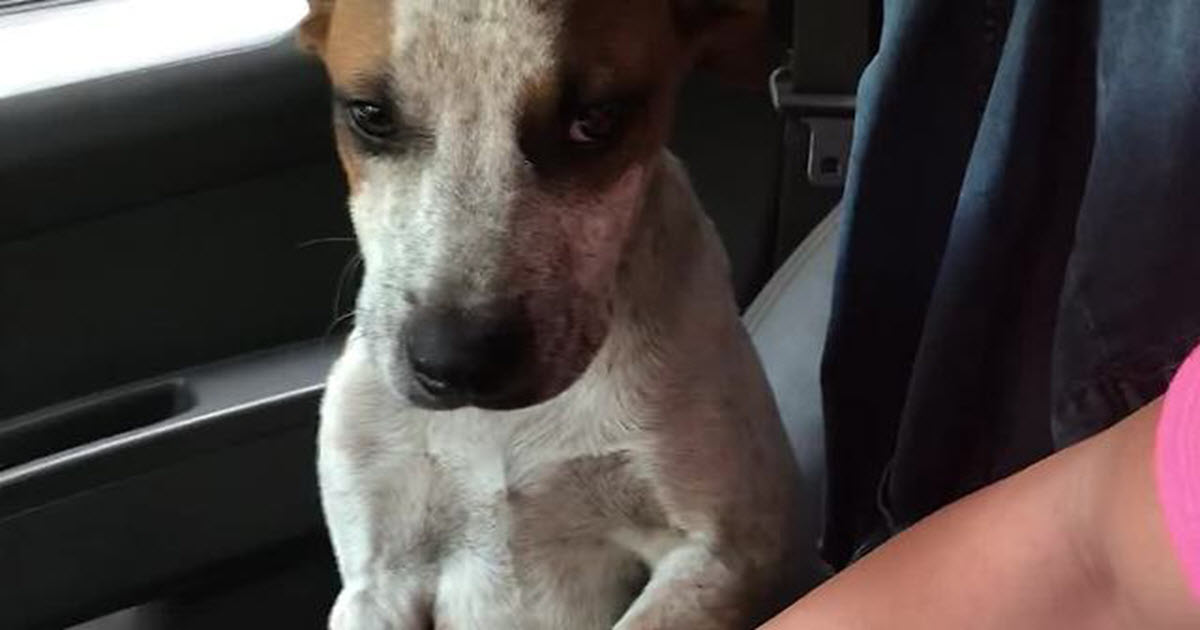 This is the heartwarming moment when a stray dog shows genuine gratitude towards his rescuer by constantly placing his paw on a woman’s hand. Emotional footage shows the adorable pooch riding in the front seat of a car next to a woman, and is constantly petting the lady with his paw. Cuteness overload!

The footage, filmed on July 13, 2018, in the USA shows the adorable moment when a rescue dog cannot stop showing gratitude towards the lady who rescued him. Despite being alone for so long, the adorable pooch sure knows how to show love and affection to the human who saved him! Prepare your tissues, this one is a tear-jerker!

Reportedly, this abandoned dog went days without food, water, or shelter, and was dying out of dehydration and starvation in the hot summer weather. They were tied up on two-foot chains, not able to move. This kind lady waited to see if someone would help him, but when nobody lend a helping hand, she decided to rescue him.

In this adorable clip, we witness the genuine reaction of this grateful dog, reaching for this lady’s hand multiple times, eager to receive affection and show gratitude. Watching the way this dog communicated with his rescuer breaks our hearts. The sole fact that there are countless examples of neglected dogs who are dying out of starvation and dehydration, makes us want to try and save as many stray dogs as we possibly can.

This emotional moment caught the woman by surprise and she started crying, especially after the loving pooch shifted from the front seat to the driver’s seat just to be closer to his rescuer. We cannot believe how much love comes from a stray dog that has been neglected for so long. There is no aggression or fear in his eyes, only love. Pure love!

Over the years, we have witnessed numerous videos featuring neglected dogs. Take for example the emotional story of a rescued Pit Bulldog who was found chained up in the basement of a house when a man purchased a house in St. Louis, Missouri. When he went to check out the basement, what he found was heartbreaking on multiple levels. A female Pit Bulldog was down there, chained by the throat. Of course, the new owner’s first reaction was to call Stray Rescue, an organization dedicated to making St. Louis a compassionate city towards animals. They were quick to respond, carrying crates, treats, and leashes because they had no idea what they will find down there.

When the rescuers opened the door leading to the basement, the dog’s reaction said it all. Boy, was she happy to see these kind people! She wagged her tail and nearly choked herself on the chain, trying to climb up and into freedom. She didn’t bark, she didn’t bite, but she sure did provide the rescuers a challenge to free her of her restraints. As soon as she felt released, she started jumping up and down, kissing and hugging those who set her free.

What do you think about this video? Have you ever seen something like this before? Make sure you tell us more in the comments down below. If you like what you see, don’t forget to share it with others who might like it as well. It just might be the highlight of their day! Enjoy!