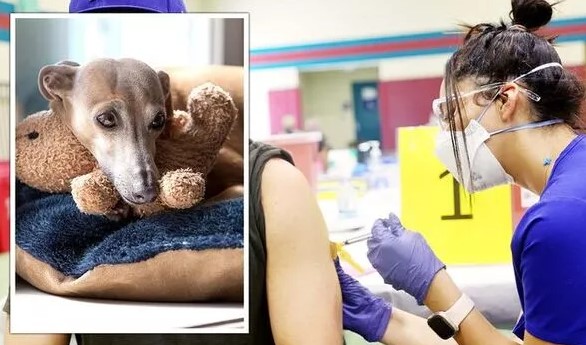 The first probable instance of the monkeypox virus spreading from a human to a pet has been documented in a medical publication.

According to The Lancet, a dog that shared a home with two sick persons in France started showing symptoms 12 days after they did. The 4-year-old male Italian greyhound tested positive after exhibiting symptoms like lesions and pimples on its abdomen but had no history of medical conditions. The researchers identified the viruses afflicting the two men and the dogs as being monkeypox through DNA testing.

The two men had kept their dogs away from people and other animals since they started to exhibit symptoms, but they did sleep with the pet in their bed.

The report states, “Our findings should prompt debate on the need to isolate pets from monkeypox virus-positive individuals.” In their advice on monkeypox, the Centers for Disease Control and Prevention (CDC) have cautioned against potential human-to-pet transmission. Although the signs of monkeypox in pets are unknown, the CDC advises keeping an eye out for: “potential signs of illness including lethargy, lack of appetite, coughing, nasal secretions or crust, bloating, fever, and/or pimple- or blister-like skin rash.”

People can contract monkeypox by coming into close, direct contact with an infected person’s lesions, clothing, or bed linens.

Though the lesions can be excruciatingly painful and more severe cases can lead to complications like brain inflammation and death, the majority of patients recover without the need for treatment.

In nearly 90 countries around the world, there have been more than 31,000 cases of monkeypox reported. The outbreak was deemed a national emergency by American authorities and a global emergency by the World Health Organization last month.