The 19 Most Expensive Dog Breeds in the World

Dogs are a huge part of our lives as humans, especially if you’re a paw parent. The amount of time, effort, and care that we allot for them is really no joke. We treat them as part of the family, and more often than not, see them as our very own children. Indeed, dogs hold a great deal of value for their humans. But when it comes to monetary value, not all dogs are created equal, because some of them require a fortune to own. Here are some of the most expensive dog breeds for the wealthy dog owner:

Originating from the mountains of Afghanistan, this dog breed is regarded as one of the most beautiful ones because of its silky long coat and overall attractive look. With their hair growing longer than most breeds, they require daily brushing and more frequent bathing and grooming, which also entails added cost.

Also considered as one of the rarest breeds in the world, the Canadian Eskimo originally came from Siberia and was first brought to North America roughly 1,000 years ago. Being a rare dog breed, they’re also facing the threat of extinction, with only 300 of them remaining based on 2018 data. That being said, they’re quite expensive to purchase and will cost you almost 9 grand.

Most people would find it surprising to have this breed on the list, especially that it’s one of the more commonly owned pets by many in the United States. Most Rottweilers aren’t expensive to buy, but their maintenance and care are what drive their overall value off the roof. They’re quite sensitive in terms of health and require very frequent visits to the vet racking up more costs than you would usually pay for a doggo.

As suggested by its name, this doggo originally came from Tibet and is one of the biggest dog breeds there is in the world. It can grow up to 150 pounds, which is why they were originally owned to protect sheep and other livestock. While they are generally healthy, they’re very prone to hereditary health issues, which also incur additional expenses for dog owners.

The Chow Chow is also among the list of the rarest dog breeds in the world. It originally came from Northern China and has a life expectancy of 8-12 years. They are expensive to buy to begin with, but the cost doesn’t stop there. Chow Chows can get pretty big and are stubborn in nature so you would need to spend a few more grand for food, trips to the vet, treats, and some prevalent health issues.

Just like the Canadian Eskimo, Lowchens are also diminishing in numbers. It used to be the rarest dog breed in the world with a recorded number of only 65 of them remaining on the planet back in 1973. Fortunately, this number has gone up since then. They are also outgoing and healthy dogs so you won’t need to spend more bucks for health issues. However, its rarity still drives up the cost of getting one.

Finally, hailed as the most expensive dog breed in the world, the Samoyed originates from Siberia and is well-loved by many because of its beautiful coat and adorable resting facial expression. This rare breed carries a pleasant disposition and is generally loving and kind. Its selling price is quite up there, and the cost of maintaining them can also reach up to $5,000 with their susceptibility to expensive health issues. Pharaoh hounds are reported to be highly sensitive to stress, which can lead to severe digestive and neurotic health issues, which can cost over $1,500 to treat, according to Prudent Pet Insurance. The purchase price of this Argentinian breed averages around $8,000 per dog, while grooming costs amount to around $35 per visit. Medical expenses can go up to $1,600 to treat common conditions such as hip dysplasia and deafness according to GOBankingRates. The Canadian Eskimo Dog is one of the oldest and rarest working dogs from the Arctic. They began to diminish in the 1960s due to snowmobiles and infectious canine diseases. Now threatened with extinction, (only three hundred purebred dogs left) it is understandable why they command such a large price. This breed from West Africa was reported to cost around $9,000. They are known to have an average lifespan of around 12 to 15 years with daily exercise and high-quality food, Prudent Pet Insurance reported. Purebred Akitas are a pretty expensive breed whose origins lie in the mountainous regions of Japan. It has similarities to the Siberian Husky: heavy, big head, thick double coat, and suitable for cold climates. By nature, they are protective of their owners and fastidious about cleaning themselves much like cats. These small dogs can cost around $6,000 each. Grooming costs around $35 per session. French bulldogs come with several serious health concerns. Medical expenses can average around $4,300 for 10 to 12 years. Also known as the Royal Dog of Egypt, Salukis have been man’s best friends since the days of the Pharaohs, making it one of the oldest domesticated dog breeds. The Saluki is a long, tall, and slim dog that can grow up to 60 pounds in weight. Independent and aloof in nature, Salukis need plenty of exercise to live around 12-14 years. 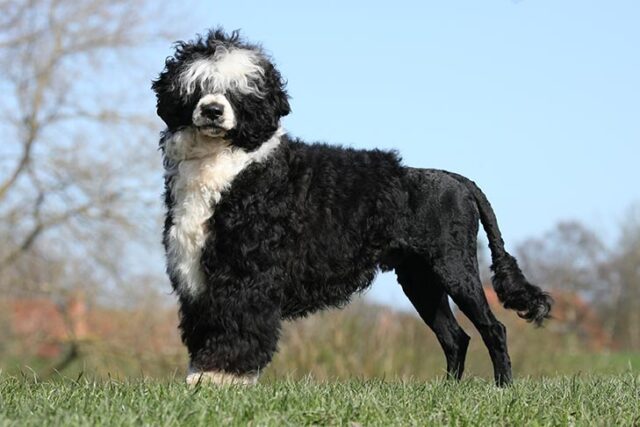 This dog breed can cost around $2,500. Their medical costs can amount to around $2,700, while grooming sessions can be around $53 per session. Portuguese Water Dogs are expected to live around 10 to 14 years. 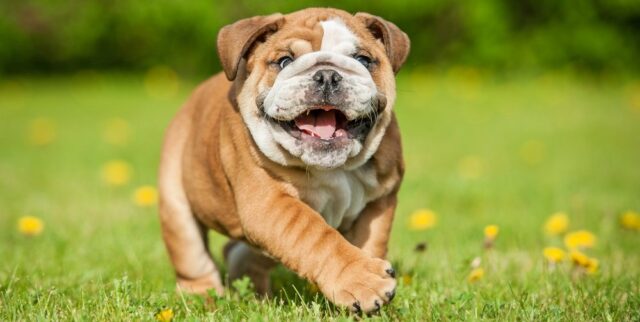 These friendly, wrinkled-faced dogs cost around US$ 1,250 to $4,300. They live up to 8-10 years but are prone to health concerns, which can lead owners to spend about US$ 5,700 on medical care during their lifetime. Named after the town of Bedlington in North East England, this small terrier packs a punch when it comes to the price tag. This breed was trained to hunt vermin, but it has since been used in dog racing, conformation shows, and numerous dog sports. Originally bred by the USSR during the late 1940s for military purposes, the Black Russian Terrier cost around $3,500. However, think of it as a good investment as they make great guard dogs and household companions. The Alaskan malamute costs around $2,500 to $4,000 according to the Alaska Malamute Club of America. Grooming can cost around $85 per session. They are at high risk for several health conditions, such as diabetes mellitus, bringing their medical expense to around $7,700 over their average 12 -15 years lifespan.