We know you’ve always wondered what it must be like to own some of the most rare dog breeds, whether you’re a first-time fur parent or an experienced one. These dogs are extremely hard to find that having one can already be considered an achievement.

Are you curious to know what the most rare dog breeds are? Our list right here will give you a glimpse of what these extraordinary dogs are like — and how a lot of them actually make for great pets! 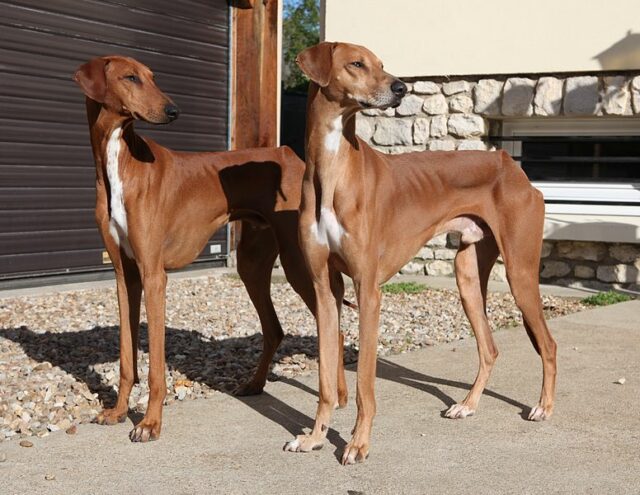 First on our list is the Azawakh, a dog breed that is native to West Africa. These sighthounds originated from the Sahara and are known to be swift hunters – their lean, elegant, and unique physical build lets them move more quickly than the average dog. As desert dogs, they are highly tolerant of hot climates. The Azawakhs are beautiful dogs, but they have naturally aloof and complicated personalities so potential owners should be patient enough and be able to spend ample time training them for socialization and domestication.

Portugal’s Estrela Mountain Dog is one big and cuddly breed. Its average height is 26 inches and weighs 100 pounds. This rare breed is friendly and fearless. It sees itself as a member of the family more than a pet. They require early training to ensure they don’t grow up to be aggressive. Estrela Mountain Dogs are natural guard dogs and will protect their homestead at all cost.

There was a time in the 1800s when many believed that Finnish Spitz would become extinct. But these jovial and feisty pups hang around and become popular in the 21st century. The average size of a grown male is 18 inches and the average weight is 26 pounds. This breed loves people and is not afraid to make lots of noise about it. They bark a lot so make sure to train and give them tons of activities and adventures to manage their excitement.

In Germany, Hovawart means farm watchman — and that’s exactly what this loyal and intelligent breed was cultured to do. Nowadays, they have been promoted to lovable and affectionate family pets because of their protective nature. In addition, their smarts and skills make them ideal therapy as well as find-and-rescue dogs. Next up is the Lagotto Romagnolo, a cuddly but highly skillful dog breed that hails from Romagna in the southeast portion of Italy. They were originally trained to be water retrievers, but since most of the region’s marshlands have already dried up, they were taught and used for truffle hunting as well. With truffle being an equally rare ingredient and the Lagotto Romagnolo being able to sniff them out almost 100% of the time, these dogs are known to be the best truffle hunters among other dog breeds.

Hailing from Northumberland, England, Bedlington Terriers are cuddly and energetic dogs that were originally bred in English mining towns for tough labor. They usually grow up to 16 inches and weigh about 20 lbs. Nowadays, these baby lamb-looking dogs have evolved into sweet and gentle family pets who rarely shed and enjoy playing and learning tricks and commands.

Pronounced as ‘beaver,’ these cute, little toy pups originated in the 1980s when the Biewer family started breeding Yorkshire Terriers and produced a puppy with unique black, tan, and white colors. This unusual coloring is a result of a rare genetic condition known as the piebald gene. Biewer Terriers have an average height of 9 inches and weigh around 6 pounds. They are very calm, friendly, and trace their roots from Hunsruck, Germany. 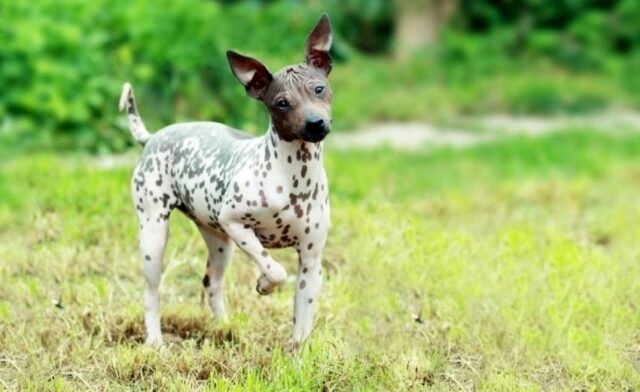 The Peruvian Inca Orchid has both coated and hairless varieties. They are a breed that has been around for a long time now, with origins dating as far back as 750 AD. They are very agile, alert, and are great hunting companions, too. The hairless variety sometimes has pigmented skins with distinct indentations on them. These dogs are very protective and loyal, but can also be affectionate. The Peruvian Inca Orchid has a life expectancy of 11-12 years. The Mudi is a type of Hungarian herding dog. For many centuries, they have been used as farm dogs because of their exceptional intelligence, good nature, obedience, and loyalty. This dog breed is extremely rare as there are only a few thousand of them worldwide, with the United States, Europe, and Canada having close to none. The people-oriented Mudi is a great breed to engage in dog sports as they are active and highly trainable, and also qualify as good search-and-rescue dogs here in America.

Don’t be thrown off by its spotted looks, the Catahoula Leopard Dog is one of the rarest dog breeds in the world. Coming from the swamps of Catahoula Parish, Louisiana, this breed is loyal, territorial, and very hardworking. It grows up to 23 inches and has a standing weight of 70 pounds. It requires lots of activity and early training. They are suspicious of strangers and super loyal when it comes to protecting their master and family members.

This breed came from England and was raised to hunt in packs. So when you spot one living as a solo pet in the U.S. — that’s a rare sight to see. They stand around 24 inches and weigh around 70 pounds. They are very social, friendly, and require plenty of exercise and social activities due to their genes and long history of being hunters. 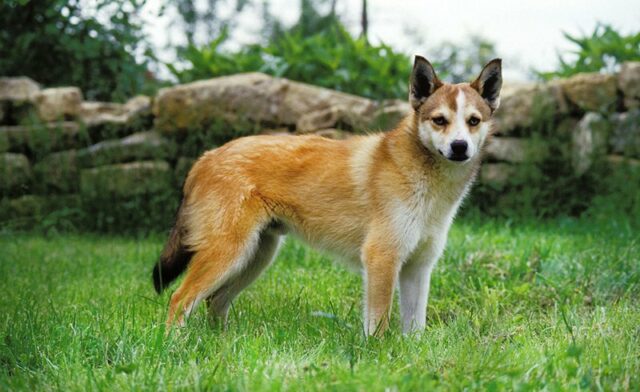 Last but definitely not the least is the Norwegian Lundehund. They are known to have almost wolf-like or coyote-like facial features and a body structure comparable to that of a large fox. The bodies of these six-toed dogs are also very flexible – they can bend their necks so far backward that they can touch their spines with their heads, and lie down with their arms completely flat to the ground on their sides. Aside from these unusual physical characteristics, this particular breed was once used by people living on Norwegian cliffsides to hunt for puffin birds and their eggs. With their unique features and only 1,400 of them in existence, the Norwegian Lundehund is considered to be the rarest dog breed in the world. These are only 5 of the most rare dog breeds in the world and there are still so many out there that have yet to be discovered and understood. But, rare or not, all dogs deserve love, care, and respect from us humans as their breeds aren’t the sole basis for their worth.

Advertisement
Advertisement
ADVERTISEMENT ×
previous
As Long As You Ruff Me: ‘90s Songs Dogs Like To Listen To
next
Welcome Home: 7 Tips For First-Time Puppy Owners