The Rescue Of A Shelter Dog Just Before Euthanasia 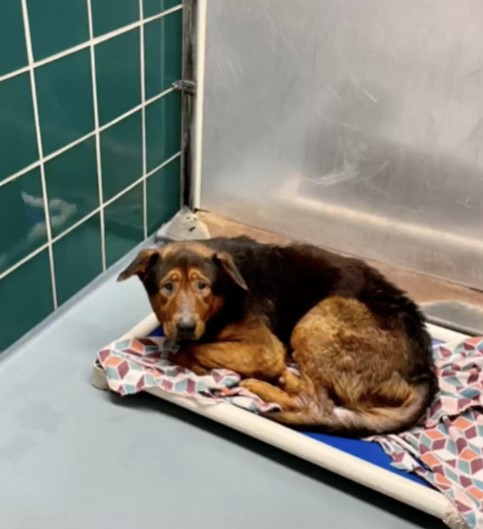 Life hasn’t always been simple for Bear. The sweet puppy was put on a shelter’s death list after being a stray that roamed the streets of Texas.

It appeared as though Bear had given up. Then, just in time, he received the news that would ultimately save his life. Since his arrival at the BARC Animal Shelter in June, potential adopters had ignored the 11-year-old dog every day, and it started to wear on him. The gentle senior stopped getting out of bed; it appeared as though he had given up and realized time was running out.

A BARC worker named Madeline Garvis told The Dodo that “he was one of 28 lives that were killed that day.” That a dog like him made the euth list is unbelievable. He has the calmest and most amiable personality, and I mean that sincerely. When Garvis pulled Bear out of his kennel, it was surprising to see how his attitude completely transformed.

Garvis remarked, “We found a dog who knew how to shake, who loved being outside, and who adored affection.

When Bear emerges from his kennel, you can see him fully change here:

We don’t have many chances to interact with the dogs and observe how they behave outside, which is obviously very different as demonstrated by Bear, claimed Garvis. “I can’t say anything terrible about Bear. He was quiet, well-behaved, and walked on a leash that was virtually sliding off of him. He also knows how to sit and shake and is heartworm-free.

The excellent dog immediately gained popularity. Before Bear’s stay at the shelter was up, Garvis was committed to finding him a home. 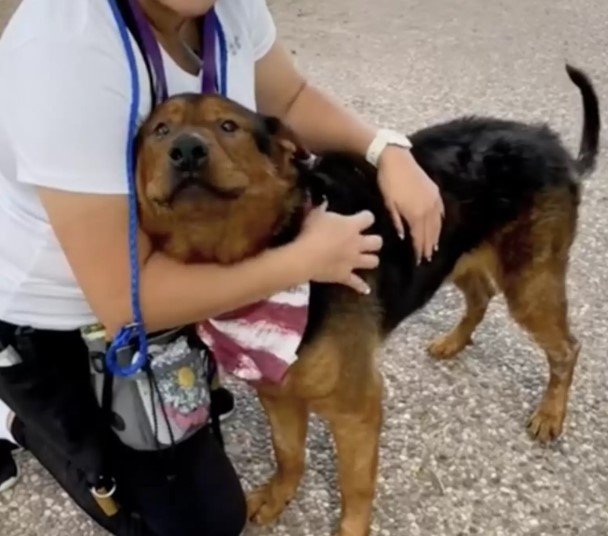 Are you serious with those eyes, man? I love him,” Garvis posted at the time on Facebook. “He was five years younger once we were outside!”

It was successful to display Bear’s true self outside of the shelter. One hour before his scheduled euthanasia, Bear found his ultimate home. The rescue is currently leading the life he has always desired, one filled with love, hope, and more time. 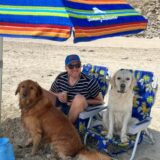