Nothing beats a good book that can transport you into a different reality without actually going anywhere. A book that’ll make you forget about all the stresses in life. Now, picture that with dogs! The amazing thing about having countless books about dogs out there  is that there’s always a new one waiting to be discovered. It can get quite overwhelming, but you don’t need to search anymore! We have made a list of various books about our canine friends (for all ages) that are very much worth the read.

If you’re a dog lover that also loves reading heart-touching dog stories and books, you’ve probably run into a lot of books about dogs that have been published. You also have probably heard of the famous ones and have read them.

Here’s the list of book recommendations we’ve put together just for you :

THE PHANTOM TOLLBOOTH by Norton Juster

So many things are possible just as long as you don’t know they’re impossible. A children’s fantasy adventure novel published in the ’60s can still be enjoyed today. With its wonderfully written wordplay and puns, this book takes you along on an adventure to the Island of Conclusions. You’ll discover the love for learning along with Milo and learn about time from a ticking watchdog named Tock, and even embark on a quest to rescue Rhyme and Reason!

ONE GOOD DOG by Susan Wilson

The two, man and dog, stare at each other for a moment, the man taking great comfort in the reflection of himself in the dog’s brown eyes—the only eyes that don’t look at him with disappointment. A beautiful story about how a man, who lost everything he valued in life, and a dog that was bred to fight, save each other’s lives.

THE LOST DOGS: MICHAEL VICK’S DOGS AND THEIR TALE OF RESCUE AND REDEMPTION 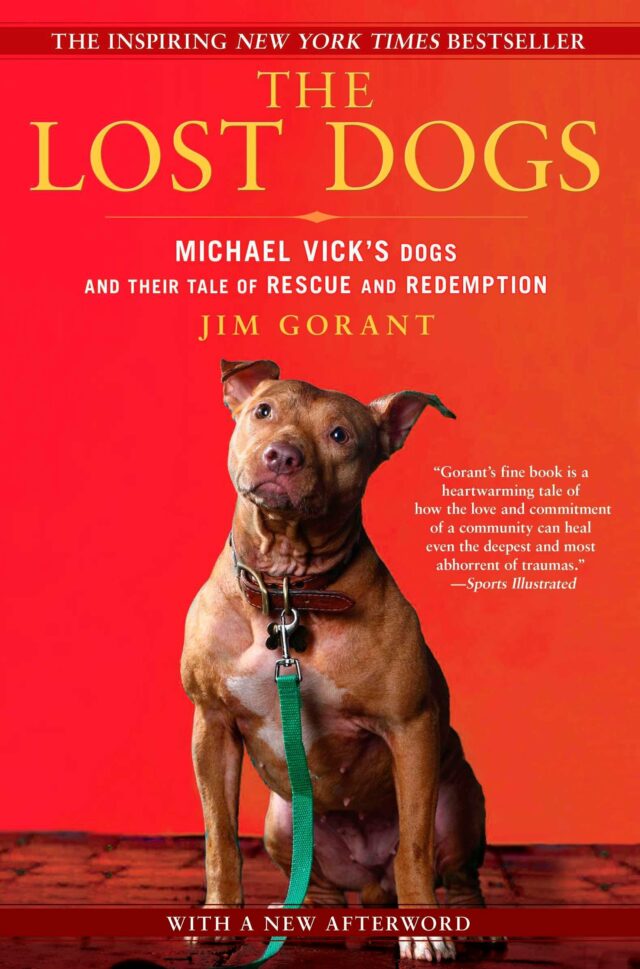 A retelling of the story about one nation’s most notorious animal cruelty case. It traces the effort to bring Vick to justice and turns the spotlight on these infamous pit bulls, saved from euthanasia by an outpouring of public appeals, and a court order that Vick pays nearly a million dollars in “restitution” to the dogs.

THE PLAGUE DOGS by Richard Adams

Dangerous thing, a name. Someone might catch hold of you by it, mightn’t they? A lyrical tale and remarkable journey into the hearts and minds of two canine heroes, Snitter and Rowf — Two dogs escaped a research facility where they were mistreated. A great dog hunt follows, which is later intensified with the fear that the dogs could be carriers of the bubonic plague.

Perfect understanding between beings is no guarantor of happiness. To perfectly understand another’s madness, for instance, is to be mad oneself. The veil that separates earthly beings is, at times, a tragic barrier, but it is also, at times, a great kindness. This is a novel that tells the story of two Greek Gods placing a bet against each other debating whether animals could live happily if they had the same cognitive and speech abilities as humans. How? They decide to grant a group of 15 dogs the gift of human consciousness and language.

There are more books about dogs waiting to be discovered and heart-touching stories waiting to be read. This list is just the start of that. Create new bonding moments and meaningful conversations by sharing this list with a fellow dog and book lover!

THE ART OF RACING IN THE RAIN by Garth Stein

The true hero is flawed. The true test of a champion is not whether he can triumph, but whether he can overcome obstacles – preferably of his own making – in order to triumph. Told by Enzo, a pup with deep thoughts and insight, this 2008 novel tells the story of a racecar driver and his shotgun-riding canine. A heart-wrenching but deeply funny and ultimately uplifting story of family, love, loyalty, and hope. A beautifully crafted and captivating look at the wonders and absurdities of human life as only a dog could tell it.

Maybe we shouldn’t be living this way, without grass and trees, and ducks, always under pressure, always trying to catch up, never enough time or energy for the things we love, if we can even remember what those things are. When everything goes wrong for Jonathan, including an awful job, a sketchy apartment, and a girlfriend who leaves him, his life is changed for the better when his dog sits for his brother’s Border Collie and Cocker Spaniel. A funny, wise romantic comedy set in Manhattan. This is a story of tangled relationships, friendships, and dogs. Rosoff’s novel is for anyone wondering what to be when they grow up, and how on earth to get there.

MY DOG TULIP by J.R Ackerley

I realized clearly, perhaps for the first time, what strained and anxious lives dogs must lead, so emotionally involved in the world of men, whose affections they strive endlessly to secure, whose authority they are expected unquestioningly to obey, and whose mind they never can do more than imperfectly reach and comprehend. Ackerley wrote this loving tribute to his “ideal friend” and her eccentricities and blatant misbehavior. German shepherd Tulip was skittish, possessive, and wild, but he loved her deeply. This clear-eyed and wondering, humorous and moving book, described by Christopher Isherwood as one of the “greatest masterpieces of animal literature,” is her biography, a work of faultless and respectful observation that transcends the seeming modesty of its subject.

THE POET’S DOG by Patricia MacLachlan

Dogs speak words, but only poets and children Hear. From Newbery Medal winner Patricia MacLachlan comes a poignant story about two children, a poet, and a dog, and how they help one another survive loss and recapture love. Teddy is a gifted dog. Raised in a cabin by a poet named Sylvan, he grew up listening to sonnets read aloud and the comforting clicking of a keyboard. Although Teddy understands words, Sylvan always told him there are only two kinds of people in the world who can hear Teddy speak: poets and children

LILY AND THE OCTOPUS by Steven Rowley

Because dogs live in the present. Because dogs don’t hold grudges. Because dogs let go of all of their anger daily, hourly, and never let it fester. They absolve and forgive with each passing minute. Every turn of a corner is the opportunity for a clean slate. Every bounce of a ball brings joy and the promise of a fresh chase. Ted—a gay, single, struggling writer is stuck: unable to open himself up to intimacy except through the steadfast companionship of Lily, his elderly dachshund. When Lily’s health is compromised, Ted vows to save her by any means necessary. By turns hilarious and poignant, an adventure with spins into magic realism and beautifully evoked truths of loss and longing, Lily and the Octopus reminds us how it feels to love fiercely, how difficult it can be to let go, and how the fight for those we love is the greatest fight of all.

These books will surely take you off on an adventure and a rollercoaster ride of emotion! There are more books about dogs waiting to be discovered and heart-touching stories waiting to be read. This list is just the start of that. Create new bonding moments and meaningful conversations by sharing this list with a fellow dog and book lover!

If you’re looking for more dog media to enjoy, check out 9 of the Coolest Dogs in Books and Comics!