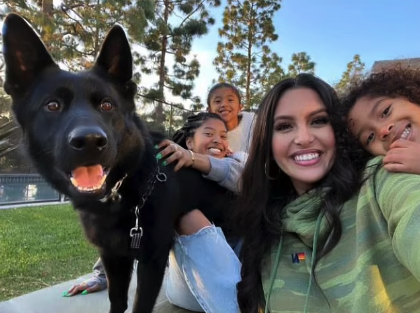 My girls are happy, according to Vanessa, 39, who took a family shot with Loki alongside her daughters Natalia, 19, Bianka, 5, and Capri, 2, with the caption “Big Boy~ Loki
#GermanShepard.”

Vanessa, who is also a mom of the late Gigi and the wife of the late NBA superstar Kobe Bryant, wears a camouflage hooded sweatshirt with her dark locks down and parted. Loki was seen in a dog chain in a happy shot looking towards the camera, while in another shot was Vanessa together with her daughters smiling in an outdoor setting.

Vanessa posted on Instagram and announced sadly to more than 15 million followers that their previous dog named Crucio, a black Labrador Retriever, had passed away.

She shared many photos of their beloved family pet and posted “We love you, Crucio. Thank you for everything sweet boy.” Vanessa added, “Thank you for watching over us. We’re going to miss you”, with the hashtags #GoodBoy and #RestEasy. Last January, the family celebrated Crucio’ 11th birthday, serenading him with the song
Happy Birthday. Kobe Bryant also featured Crucio in a 2013 post on his Instagram page, sharing a video clip of the dog swimming laps in their family pool.

The family continues to be resilient after Kobe and Gigi died with seven others in a
a helicopter crashed in Calabasas, California last January 26, 2020. 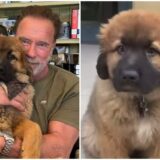