What Age Is Best For Spaying My Dog? (Recent Studies And FAQS)

Some veterinarians still advise having your dog spayed at about four months of age, as soon as she has finished her vaccinations. The procedure is quick for a dog of that age, and safer for the animal because they remain unconscious for less time, and younger canines recover more quickly from surgery than older ones.

Early spaying is common for dogs in shelters and rescues. Because some new owners will never have the procedure done, even if it is included in the adoption fee, shelters may prefer not to place a dog up for adoption before she has been spayed.

Reasons Not To Spay Your Dog Early We are currently learning more and more about the negative effects of early spaying. There isn’t a universally applicable solution, but the following ideas are worth considering:

Will Spaying Early Prevent My Dog From Getting Breast Cancer? This is frequently given as justification for early dog spaying, however, the statistics do not support it. Although early spaying will reduce your dog’s risk of breast cancer later in life, few dogs contract this illness, and the danger of having breast cancer is not as high as the risk of other diseases.

(Urine dribbling is one symptom that will require treatment for the remainder of the dog’s life.)

If a dog is spayed later rather than earlier, only a few of the 100,000 that are spayed may get mammary cancer.

It would seem that the dog’s breed is far more significant. Canines at risk for mammary cancer include: Among more than 7,000 studied dog breeds, the following breeds were never diagnosed with breast cancer, whether they were spayed or not:

According to studies, you should spay your Cocker puppy as soon as possible, but if you have a Westie, you should be more concerned about other issues. You can respond with “Prove it” if a neighbor or a vet advises you to spay your dog as a puppy to prevent breast cancer because the evidence will not support that claim.

Why Do Some Spayed Dogs Dribble In The House? There is proof that spaying a dog when it is three months old raises the likelihood that the animal will eventually urinate while walking. The majority of canines experience this issue in their first year of life.

Some of the breeds most frequently impacted include:

All these breeds react to hormones, and some may also react to hormone retention (not being spayed too early). Even though it’s not life-threatening, these dogs occasionally wind up in kill shelters because the family is no longer willing or able to handle the issue.

How Early Should I Have My Dog Spayed To Prevent Pyometra? Pyometra is nearly never present in young dogs. By spaying your dog when she is an adult, you can treat it since it often affects dogs over the age of four. The Dogue de Bordeaux is the only breed of dog known to have high-risk factors when young (4), and even then, they only show up as adults and only after numerous heat cycles (the average age to show signs of pyometra was 3.3 years).

It makes no difference if your dog is spayed or neutered when she is a puppy.

Will My Dog Get Arthritis If I Spay Her Too Early? 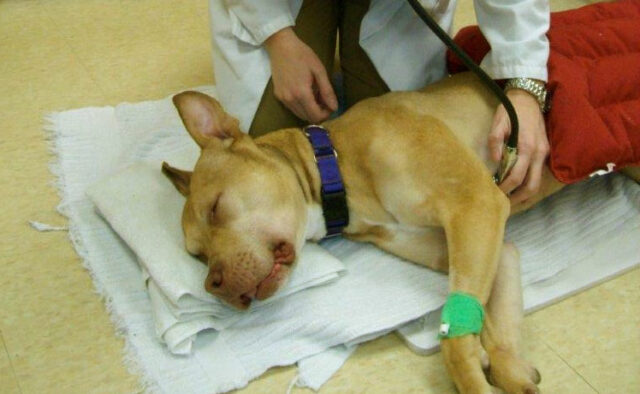 Hip dysplasia was found to be twice as common in a study of Golden Retrievers when the dogs were neutered at a young age. Dogs also experienced anterior cruciate ruptures more frequently, and other joint conditions appeared to be more prevalent in dogs.

Breeds of dogs with a higher risk of developing joint issues following early spaying include:

It might also be best to wait if you have a large breed dog mixed with one of these breeds, though this has not been proven. If small dog breeds are spayed at a young age, they are unlikely to develop arthritis. The most typical cancers found in dogs who have been spayed or neutered include the following:

We do not know if the dogs were spayed early or later for many of the malignancies. One exception was mast cell cancers, which were twice as likely in young pups that had undergone spaying as opposed to older dogs. Spayed dogs are far more likely to develop the tumor hemangiosarcoma, commonly found in the spleen or heart.

Numerous studies have demonstrated that neutered dogs are more likely to develop cancer than intact dogs, particularly lymphosarcoma, three times as prevalent in early-neutered dogs. In neutered dogs, there were no cases.

If you own a breed of dog that is predisposed to cancer, you should pay particular attention to the following information:

Should I Let My Dog Go Into Heat Before Spaying? It is now widely accepted that spaying a dog after a heat cycle is a good idea. When the dog is old enough to experience at least one heat cycle, bones are fully formed and statistically have a lower risk of acquiring several types of cancer. The urinary system has had time to grow, making the dog less likely to drip pee.

It’s a little more troublesome to not spay before the first heat. You may need to buy “doggy diapers” to prevent dripping blood all over the home since if you don’t get her spayed early, you will have to keep her tied up when she starts attracting males.

How Long Should You Wait After Heat To Spay A Dog?

Even though many vets can do the procedure sooner without issues, even when a dog is in heat, it is a good idea to hold off for at least six weeks. If you perform the procedure too soon, there will be blood loss because dogs in heat tend to bleed more than dogs that are not in heat.

Waiting about three months is optimal for the dog. After the previous heat cycle, blood vessels won’t be particularly huge, and haven’t yet begun to form any new blood vessels for the upcoming heat.

Should I Let My Dog Have Puppies Before Getting Her Spayed? Letting your dog have puppies before having her spayed has no advantages. You will need to think about additional costs like more food, more veterinary visits, deworming fees, and the initial vaccinations for the puppies in addition to finding homes for the puppies.

Will My Dog Get Fat After She Is Spayed?

After being spayed, dogs might gain weight for a variety of reasons. Dogs’ metabolism slows down and estrogen’s ability to control their hunger is no longer there.

The easiest approach to keep skinny dogs thin is by feeding them less and switching to a high-fiber diet once they are spayed because overweight dogs have shorter lives and have more health issues than thin dogs. Exercise is very beneficial, and this article has additional advice on how to create the greatest exercise routine for your dog.

Do Female Dogs Behave Better After Being Spayed? The general belief is that spaying your dog as an adult will not alter her personality, even though some dogs that are spayed too young may exhibit aggressive or frightening behavior.

She will continue to act out in the same manner as before, and if she had behavioral issues before the operation, they are likely to continue. If someone tells you that once your dog is spayed, she will stop snarling at you, they are wrong.

At What Age Is It Too Late To Spay My Dog?

If you opt not to spay your dog early, you may become used to taking care of her every six months while she is in heat and only decides you want to go through with the surgery when she is a few years old.

Is your dog now too old?

No, your dog can still be spayed at any time. The main advantage of having your dog spayed, even at a mature age, is that you can prevent pyometra in older dogs, who are more prone to developing it. You’ll have to pay several thousand dollars if your dog contracts this illness and needs urgent surgery to treat it.

When administering anesthesia to a senior pet, the veterinarian will take extra precautions and almost certainly demand a blood examination that includes tests for infection as well as checks on the condition of the liver, kidneys, and other internal organs.

Pros and Cons Of Getting My Dog Spayed The veterinarian would most likely advise you to wait until your dog is older, according to recent research. However, the AAHA still advises spaying little dogs at around five months of age, and physicians who follow their advice will continue to advise early spay.

If the vet advises early spaying, you should call around and seek different perspectives. However, if you get your dog spayed through a shelter, they could want to perform it early and you might not be able to stop them.

A new study will lead to revised recommendations.

This veterinarian advises a spay that doesn’t remove the ovaries. Although the dog still exhibits different behaviors when in heat, the hormone feedback may be crucial for preserving her health.

There are drawbacks, such as a longer incision and extended operation time required to remove the cervix that is left behind following a standard spay. (When a dog is in heat, the ovaries force the cervix to expand, and if it is still present, complications may result.)

If you choose to spay your dog this way, you must first talk it over with your doctor because not all vets perform this procedure.