What is your dog’s lifespan? You May be Surprised of What You Will Find Out

It is generally accepted that dogs’ ages are seven times that of humans. A 1-year-old dog is equivalent to a 7-year-old child and an 11-year-old dog is already a senior. However, experts say that it’s more complicated than that. A project was founded last 2018 to analyze dogs’ health and longevity. It was named Dog Aging Project wherein it studies thousands of dog breeds to fully understand canine aging. The dataset will be helpful to vets and scientists, especially on canine medications. One of their most intriguing analysis is the DNA of exceptionally long-lived dogs, the “super-centenarians” of the dog world.

“This is a very large, ambitious, wildly interdisciplinary project that has the potential to be a powerful resource for the broader scientific community,” said Joshua Akey, a professor in Princeton’s Lewis-Sigler Institute for Integrative Genomics and a member of the Dog Aging Project’s research team. “Personally, I find this project exciting because I think it will improve dog, and ultimately, human health.” 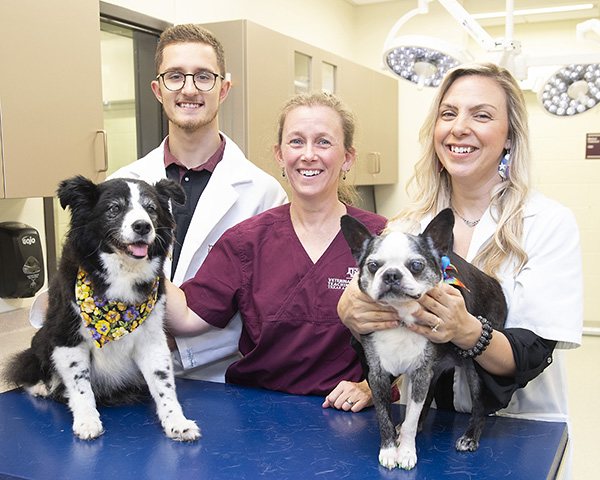 “We are sequencing the genomes of 10,000 dogs,” Akey said. “This will be one of the largest genetics data sets ever produced for dogs, and it will be a powerful resource not only to understand the role of genetics in aging but also to answer more fundamental questions about the evolutionary history and domestication of dogs.”

The Dog Aging Project (DAP) has 32,000 dogs to date. Once the dog is joined, the owners will fill out surveys and dog measurements. They are also sometimes required to swab cheeks for DNA sampling. The team also works with vets across the country to aid in other examinations such as fecal, urine, and blood samples. Researchers hope to identify specific biomarkers of canine aging. They anticipate that their findings will translate to human aging, for these reasons: (1) Dogs experience functional decline and aging that people do; (2) the extent of veterinary care is similar to human health care; and (3) dogs share the same environment with humans.

Within a few months, the team plans to open their enormous dataset to share with scientists around the world. Researchers from many different fields are also welcome to contribute. For more information, or to learn how to enroll your dog in the ongoing project: https://dogagingproject.org