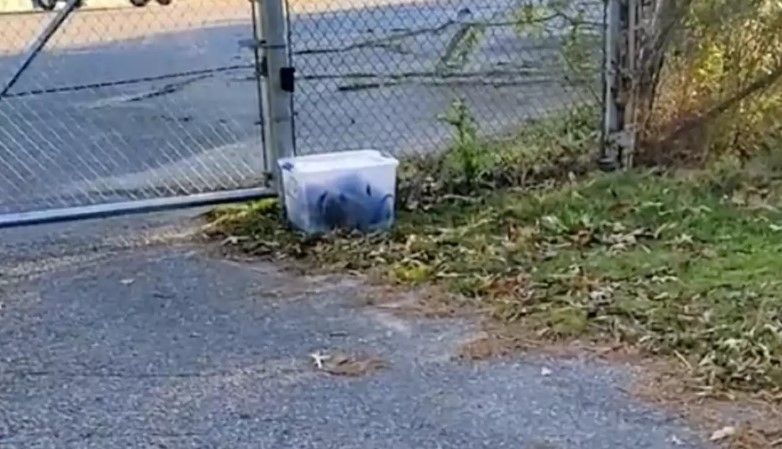 One morning, Amanda Hood didn’t give the transparent storage container that was lying on the front yard of her business any thought. She was used to having goods left behind overnight because she coordinated rescue efforts for the Calhoun County Humane Society.

“I initially thought it was donations,” Hood told The Dodo. “Until I saw something move.”

Hood approached the disposable container to get a better look. The bag had two tiny holes punched at the top, and as she drew nearer, she could see steam building up inside.

Hood cautiously opened the top and was astounded to discover not just one small animal but almost a dozen tiny puppies inside the tote. 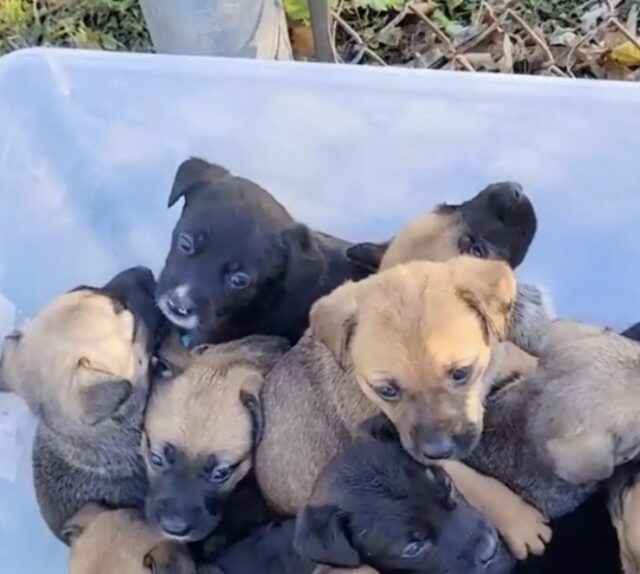 “There were 11 puppies all squished together in an itty bitty tote,” Hood said.

Here is a video of Hood opening the container:

@ah080912 Early morning surprise that has become all to common. We are drowning in dumps and adoptions are almost nonexistent. Are you a 501c3 rescue that can help? Please email [email protected] Free transport is available. #abandoneddogs #puppiesoftiktok #shelterpup #animalshelterlife #animalshelterworker #helpushelpthem #dumpedpuppies ♬ Rescue – Lauren Daigle

Nobody is certain of the pups’ exact route, but Hood believes they weren’t there for very long before she discovered them.

“They were probably only there for an hour or so,” Hood said. “Because with those two tiny holes for ventilation, I don’t think they would’ve made it for much longer.”

Hood brought the puppies to the Humane Society right away for a closer inspection. Fortunately, all 11 of the puppies, who were roughly 5 weeks old, were in good health.

Following their initial inspection, the little family moved into the shelter without delay and began acting just like puppies would normally. “They eat, sleep and like to be held,” Hood said. “They’re the sweetest babies.”

Unfortunately, the Calhoun County Humane Society lacks the facilities to house the family of puppies since it is overflowing with rescued animals.

“There seem to be a lot more animals needing homes than there are people to adopt them here,” Hood said.

The humane society moved the puppies to Forever Home Dog Rescue in Illinois, where they are now awaiting placement in foster care, to improve their chances of being adopted.

The 11 puppies are already missed by the Calhoun County Humane Society staff, but they are relieved that they will soon all have the loving homes they so richly deserve.