There comes a time in our lives when we have to decide on a name for our new pup. While lots of dog owners are happy naming their dogs Bailey, Cooper, or Max (all of which are lovely names), others want to look for something hilarious and legendary. After all, every pooch becomes a special member of every family — so it’s only fitting that it receives a unique, iconic name! In this article, we are going to talk about our definitive list of punny dog names and other dog-related idioms.

Who knows, maybe you can finally make your naming decision after this article? If not, then have fun laughing at these funny dog names and enjoy the ride with us! 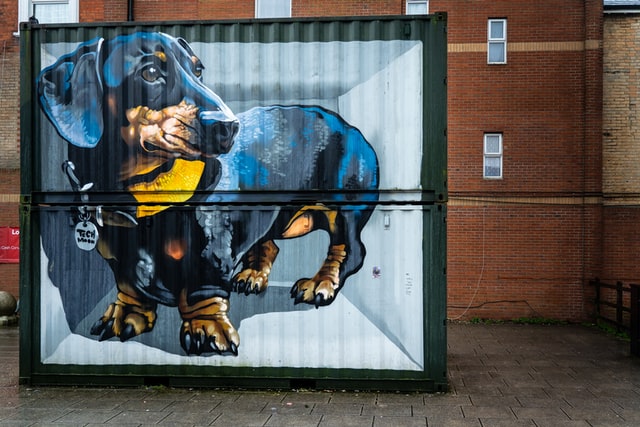 We could say Andy Warhowl is a perfect name for the sophisticated-looking pups. Named after the famous American artist Andy Warhol, dogs with this name will surely be the star of the show. Andy was mostly famous for advocating the visual art movement and the greater pop art genre, allowing for people to connect art, advertising, and pop culture into one. People often described Andy as stubborn, but creative and experimental in many ways, so naming your pooch after him is a fine choice.

If you’re a huge fan of The Boy Who Lived, you can never go wrong with this punny dog name.

Harry Potter is a book series described by many to be a pioneer of the fantasy genre and the publishing industry as a whole. Launched in an era where people are shifting their focus towards modern technology, J.K. Rowling’s fictional masterpiece made people of all ages line up at the bookstore again. Everyone couldn’t wait to get their hands on a new Harry Potter book while donning their Gryffindor (or Hufflepuff?) robes. So, if you’re a huge Potterhead, Harry Pawter is the perfect way to introduce a new wizard into your home!

Who doesn’t want to name their new pups after The Chosen One?

Anakin Skywalker, more commonly known as the evil Darth Vader, is undoubtedly a quintessential character in the Star Wars franchise. He completely knocked everyone’s socks off when he first appeared in movie theatres — Star Wars Episode IV: A New Hope was released in 1977 and people continue to refer to it as one of the defining films of the 20th century, largely in part due to Darth Vader. If you are a big fan of the Sith Lord, Arf Vader is a supreme option to name your dog. Just don’t be surprised if it yells “I am your father!” when you argue over dog desserts or a walk to the park!

While there are other hilarious dog names that you can consider (shoutout Mutt Damon, Indiana Bones, and Mary Puppins!), you can never go wrong with our top three choices. Dog-related idioms are fun to read and all, but at the end of the day your pooch’s name is your choice!

previous
Fleas Leave Me: Must Have Dog Bath and Grooming Supplies
next
Dogs Around the World: Different Dog Breeds (Europe Edition)