7 of the Most Interesting Dogs in History 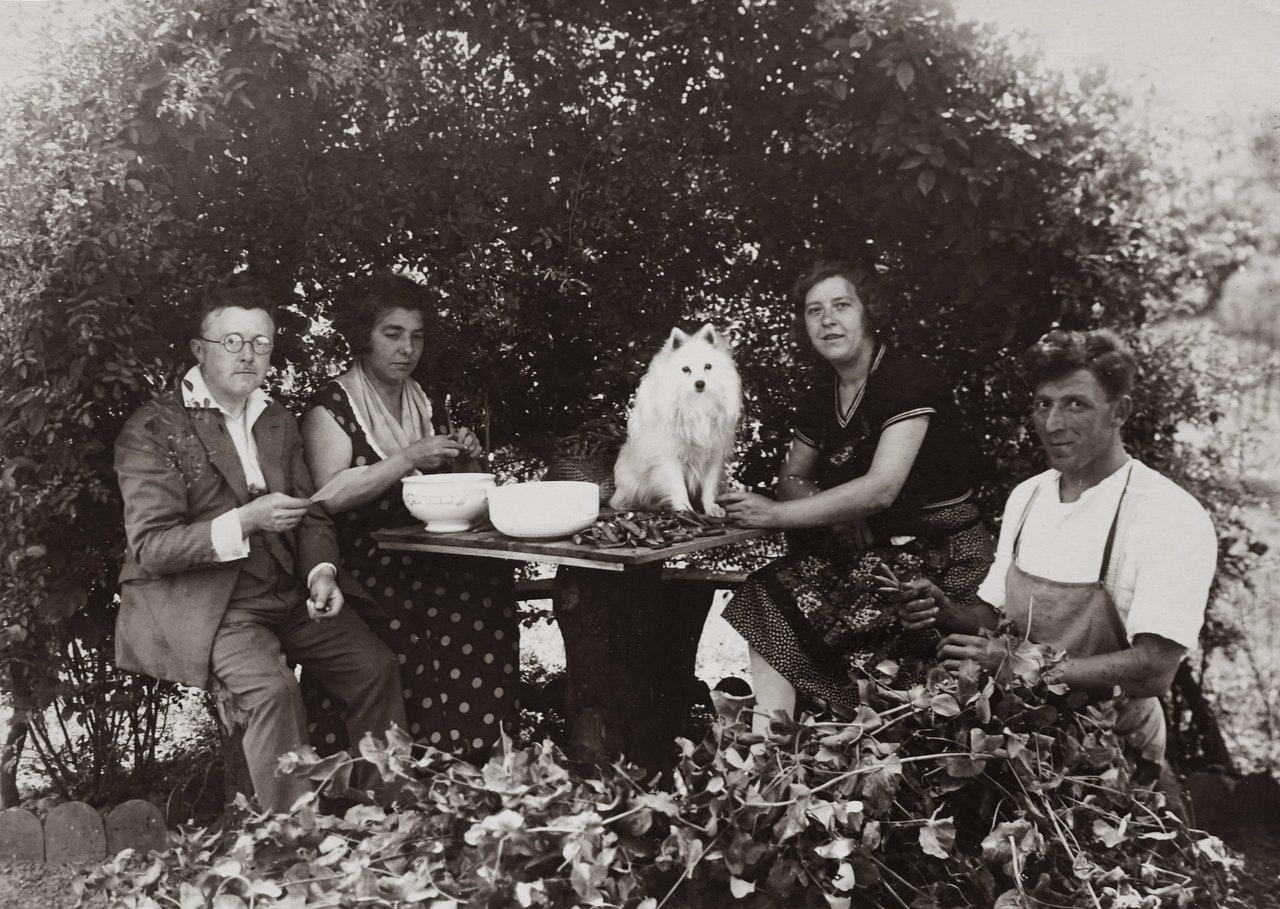 History is full of stories, from horrendous tragedies, to the most hilarious circumstances. Throughout mankind’s history dogs have been a part of that history, from the early days of domestication to the modern days of pets.

Dogs have been our companions from hunting days to the present day. So it’s no wonder that dogs have shown up in our history books from time to time. However this isn’t a list of the most famous dogs in history, but perhaps the most interesting and hilarious stories about dogs in the world.

The Wire Fox Terrier Caesar was the beloved dog of King Edward VII, living from 1898 to 1914. The king loved the dog so much that he personally assigned a footman to the dog only to keep watch over him, give him pets, and clean his poop. Caesar even had his own bed next to the royal throne and was often seen while he held meetings with other heads of state. 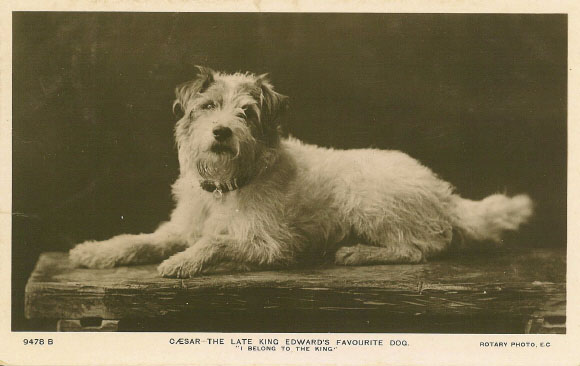 Caesar also had a collar that simply said “I am Caesar I belong to the King”.  This would be a ridiculous thing to have on a collar if not for the fact that Caesar apparently had a habit of escaping and running to places, as well as causing problems for the king. But he loved the dog and even asked his personal attendant to watch over the dog should he die before Caesar.

However, the most notable thing in this dog’s life was the fact that the Emperor of Germany was annoyed at the dog. This was because when King Edward died the family decided to let Caesar lead the procession, ahead of all heads of state including Emperor Kaiser Wilhelm II, which thoroughly annoyed him.

Buddy and Morris are a fascinating duo and if not for their stunt, seeing-eye dogs would not have grown in popularity so much during their time. See, Morris had a terrible accident two different times in his life which led to the loss of his vision and for a while he had human guides to guide him through his everyday life. However he soon found them lacking in one form or another, but things changed when he read about a school in Switzerland that trained dogs to guide WWI veterans who had been blinded during their service. Morris then went to Switzerland to train a female German Shepherd he named Buddy.

Morris Frank was so keen on telling the world how great of a dog Buddy was that he invited the press to watch him arrive back to America just to boast about how he could do anything a man with two eyes could. To which a reporter jokingly dared Morris Frank to walk through traffic, Morris didn’t hesitate and gave the command for Buddy to take him across the street, and the pair did so without incident. After this Morris founded the Seeing Eye school to train more guide dogs.

In the critically acclaimed show Frasier, Fraiser’s father owned a pet dog named Eddie who was played by a Jack Russell Terrier named Moose. There are many things that people love about the show, from its excellent writing to its hilarious comedy, however there was one particular character that the audience fell in love with and that was Moose. What’s interesting about this adorable pup isn’t just how he single handedly captured the hearts of watchers worldwide but also because Eddie/Moose was getting more fan mail from audiences than the rest of the cast combined! More than that Moose had numerous television appearances, had been on the covers of several magazines, an official calendar, and even an autobiography titled: My Life as a Dog.

Smoky was an honorable companion, a fierce ally, a brave war dog, and was about seven inches tall and four pounds heavy. This adorable Yorkshire terrier was found abandoned in a foxhole in New Guinea during WWII. Sold to Corporal William A. Wynne, Smoky was unlike other war dogs because despite harsh conditions Smoky was never ill nor showed any signs of slowing down. Smoky served alongside the 5th Air Force, 26th Photo Reconnaissance Squadron in the south Pacific and has been part of many rescue and reconnaissance missions. Smoky was credited with 12 combat missions, awarded 8 battle stars, survived 150 air raids, and even parachuted from 30 feet in the air out of a tree using a parachute made specifically for her. Smoky even saved the life of Corporal Wynne by warning him of incoming shells and guiding him out of the line of fire.

Meanwhile in her downtime Smoky entertained soldiers with tricks.  After the war she became a kind of celebrity, appearing on TV and performing tricks. Finally, according to an Animal Planet investigation Smoky was credited as the first recorded Therapy Dog.

5. The First Earthling in Space: Laika

Before humans walked the moon and traveled the far reaches of space, it was a stray husky-spitz mix from Russia named Laika that was chosen to take that first small step for mankind.

In 1957, after the success of sending the first man-made objects in space, Soviet scientists quickly worked to build a ship that included a pressurized compartment for a dog to test if humans could survive space travel.

Soviet canine recruiters began their quest with a herd of female stray dogs because females were smaller and apparently more docile. After much training, testing, and deliberation, physicians chose Laika to take that tragic, one-way trip into orbit on November 3rd.

She reached orbit alive, circling the Earth in about 103 minutes. Unfortunately, the loss of the heat shield made the temperature in the capsule rise unexpectedly, taking its toll on Laika. She died “soon after launch,” Russian medical doctor and space dog trainer Oleg Gazenko revealed in 1993. for years, the four-legged cosmonaut has repeatedly found new life in popular culture long after her death 64 years ago.

In the winter of 1925, a deadly diphtheria outbreak threatened the lives of the 10,000-plus living in the remote Nome, Alaska. An antitoxin was available, but the nearest location which the serum could reach by rail was Nenana, located 674 miles from Nome. With a blizzard approaching, officials determined that the only way to deliver the serum in time was via sled dog teams.

A relay of 20 teams was assembled which included Alaska’s legendary musher, Leonhard Seppala. In just five days, the “Great Race of Mercy” was completed and the lifesaving serum was delivered to Nome. While Balto, the lead dog of the 53-mile final leg, would become famous for his role, many argue that it was Seppala and his Siberian Husky lead dog, Togo, who traversed an astounding 264 miles compared to an average of 31 miles each for the other teams, were the true saviors of the day.

For years, Balto was celebrated and even earned a statue in New York’s Central Park. However, those in the know regarded Togo as the serum run’s unsung hero. Over time, with the help of historians, Togo began to garner the recognition he deserved. In 2001, Togo received his own statue in NYC’s Seward Park. In 2019, his story was retold in the Disney+ movie, Togo.

Hachiko was an Akita dog that lived in Japan in 1923. He was adopted by an agricultural science professor at Tokyo University named Eizaburo Ueno. Pretty soon, Hachi and the professor became inseparable. He treated the dog like a son. When Hachi got older, he would accompany the professor every morning to the Shibuya Train Station and then wait for him at the same spot in the afternoon after work. Then on May 21, 1925, the professor never came home. It turned out that he had suffered a cerebral hemorrhage and died suddenly while at work. Since then, Hachiko spent the next 10 years patiently waiting for his master at the train station.

A major Japanese newspaper reporter picked up the story of Hachiko in 1932 and published it, which led to Hachiko becoming a celebrity all over Japan.

The story of the dog that never gave up gained a lot of attention also in national media, inspiring many people from all over the world to visit Hachiko at Shibuya Train Station to offer him treats. In 1934 a statue of Hachiko was unveiled at a grand ceremony in front of Shibuya train station with Hachiko himself present as the main guest.

The loyal dog in history passed away sad and alone on a street near the station on March 8, 1935. In addition to the statue, Hachiko and his amazing story have been immortalized through statues, museums, various movies, and murals not just in Japan, but all over the globe. 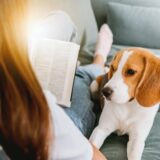 PREVIOUS
9 of the Coolest Dogs in Books and Comics NEXT
Dog Health 101: How to Keep Your Pets in Top Shape