Sticking to a dog vaccination schedule is essential as vaccines play a critical role in protecting your pup from organisms that can make them seriously ill. These shield dogs from diseases such as hepatitis, rabies, canine parvovirus, and distemper which can be fatal for them if their bodies are not equipped to ward off the pathogens that cause them. HOW DO DOG VACCINES WORK?

Vaccines contain antigens that mimic the genetic makeup of a disease-causing organism to condition the immune system to recognize the disease without actually causing it. And when your dog gets exposed to that disease, their immune system would immediately recognize the intruder and fight it off or at least lessen its impact. 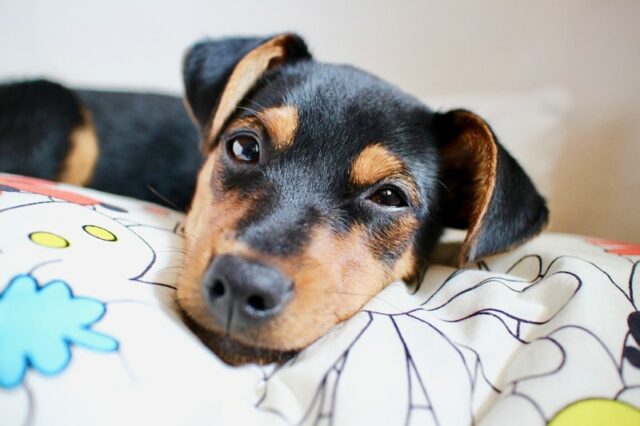 WHAT ARE THE CORE VACCINES FOR DOGS?

The parvovirus, or more commonly known as parvo, is a virus that causes severe gastrointestinal illness, and usually infects puppies and young dogs. It is transmitted through direct contact with fecal matter or with a dog infected with the virus. It infects all dogs, but unvaccinated ones are at the most risk of contracting it.

Parvo is highly contagious and can be very life-threatening if your dog gets infected with it, so they need to receive a series of canine parvovirus shots. The first one is given when they’re 6-8 weeks old, the second shot at 10-12 weeks old, and the last one at 14-16 weeks old. A booster shot will be given a year later, and succeedingly, once every 3 years. 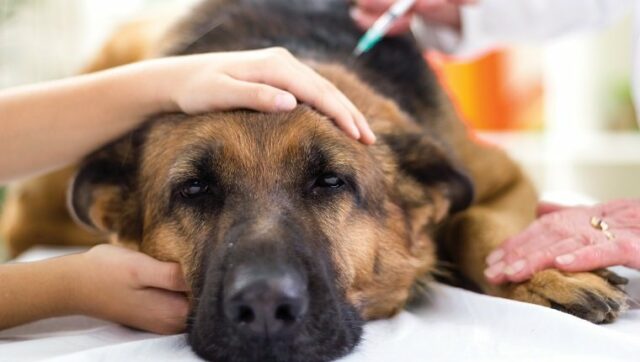 The rabies virus mainly attacks the central nervous system and causes headaches, excessive drooling, hallucinations, paralysis, and even death. Your dog can contract the virus through the bite of an infected animal, and symptoms can develop within seconds. Rabies infection may result in death if treatment is not administered early on – but prevention is always better than cure.

The United States and other countries require that dogs receive the rabies vaccine, and it should be administered when your dog is around 14 weeks of age, and an annual shot following that first jab. This also prevents your dog from infecting other animals, including humans. Canine hepatitis is caused by adenovirus, a highly contagious virus that affects your dog’s kidneys, liver, lungs, spleen, and eyes. It is incurable, but its symptoms can be managed if treatment is immediately given. Though it is not related to the virus that commonly infects humans, both variants are preventable by vaccines. Your dog should receive their hepatitis shot beginning at 10-12 weeks, next at 12-16 months, then once every 1-2 years. It is also an incurable disease, and infected dogs can carry the virus for months. The distemper vaccine series must first be administered when your dog is 10-12 weeks old, the second when they’re 16-18 weeks old, then at 12-16 months old. Booster shots should be given once every 1-2 years. Worms can grow to 14 inches long and could block the heart and injure organs. As for symptoms, dogs in later stages of the disease may cough, become lethargic, lose their appetite or have difficulty breathing. Infected dogs may tire after mild exercise. Unlike most of the other conditions, heartworms are transmitted by mosquitoes. Therefore, diagnosis is made via a blood test and not a fecal exam.

Though there is no vaccine for this condition, it is preventable with regular medication that your veterinarian will prescribe.

This is a virus that causes respiratory infections, targets multiple organs in the body, and causes infectious canine hepatitis. It’s contagious and can spread through an infected dog’s saliva or feces.

Vaccines to prevent adenovirus 1 are usually given alongside the canine distemper vaccine, as it’s one of the core vaccines recommended for all dogs except in unusual circumstances.

Non-core vaccines, or optional vaccines, include: Like any medical procedure, vaccinations carry some degree of risk, but the risk is generally much greater if you do not vaccinate your dog at all.

Talk to your veterinarian about what is best for your pet, if you are concerned about the potential side effects.

He will base his decision to vaccinate on a number of factors, including the lifestyle and age of your dog, as well as his potential to be exposed to a variety of diseases.

Reactions to vaccinations are rare and will generally include pain or swelling at the point of injection. Sometimes pets have an allergic reaction to a vaccination, which will appear fairly quickly after the shot is given.

If you suspect an allergic reaction, contact your veterinarian immediately. An even rarer reaction to a vaccine will cause your dog’s immune system to respond by attacking the tissue within the body, resulting in disorders of the skin, joints, blood, or nervous system. These situations can also be very serious but are fortunately also quite rare.

Your vet will guide you through an appropriate inoculation chart that will be based upon the dog’s everyday life, well-being, age, and regularity in terms of traveling to different areas/ cities within the country. Therefore some non-core vaccines may be required by your dog that can be determined by the veterinarian along with their time frame.

Following a dog vaccination schedule and making sure that your pup receives all the needed vaccines would go a long way in protecting them from various deadly diseases. Consult your vet for more information on dog immunization and what schedule would work best for your pet.

Advertisement
Advertisement
ADVERTISEMENT ×
previous
9 Animated Dog Films That Will Make You Feel Young Again
next
All About Doga: Everything You Need to Know About Dog Yoga