An Animal Rescue Story: Who Let the Dogs Out of Sochi 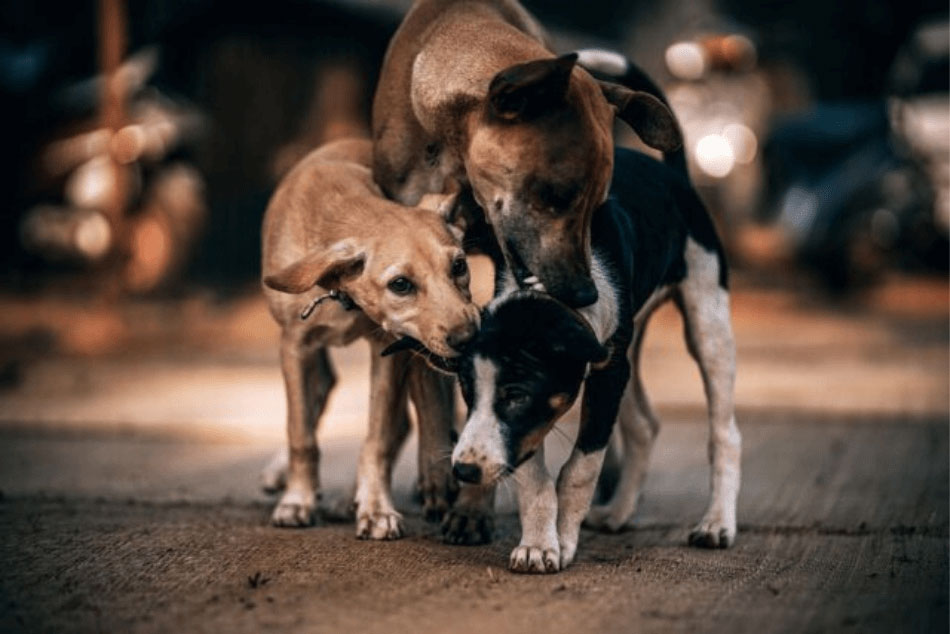 There are many words you can associate the Olympics with, words as victory, glamour, teamwork, the strength of will, and more but who would have thought that in 2014, the Olympics meant the death of several stray dogs in Sochi, Russia. Today we’ll be taking a look at a frightening time for animal rescuers in Russia as well as the kind-hearted and compassionate people that did everything they could to keep strays safe.

2014 was the year when Russia would hold the Olympics, they built the infrastructure, prepared their teams, and cleaned the city. However, thousands of stray dogs roam the city of Sochi day in and day out. They can be found roaming parks, streets, neighborhoods, and more. Athletes claimed that upon leaving the airport they could already see a few stray dogs, “they were everywhere,” said Olympic Athlete, David Backes.

Unfortunately, cleaning the streets of Sochi also meant getting rid of the many stray dogs that roam the streets of Russia. Allegedly the city was accused by animal rights activists of beginning a campaign to exterminate these street dogs with poison.

According to an article from CNN, witnesses saw a dog convulsing and barking in pain. Initially, They believed that the dog was beaten but after calling a veterinarian they confirmed that the dog had been poisoned. According to witnesses, this was not the first time they’ve poisoned strays. They also said that these cases had grown in number as the date of the Olympics approached.

Olympic officials on the other hand have denied these allegations and claimed that they have a professional veterinary contractor to give health checks on the stray dogs. All healthy animals were released after their health checks, they said. Furthermore, Sochi administrators said that volunteers are free to take stray dogs into a shelter that, at the time, had been recently built on the outskirts of the city.

Despite this, animal rights activists were distrustful of the newly built shelters, meanwhile, the rest of the world went into an uproar about these exterminations. Critics from all around the world would even say that there could have been several ways to handle the population of stray dogs in Sochi that were ignored in favor of a quick solution.

Through a combination of distrust for the government’s handling of the situation and their desire to rescue animals, several animal rights activists, both locally and foreign, as well as several volunteers became motivated to help the stray dogs of Sochi and took matters into their own hands instead.

Later it was reported that several dog lovers from all over the country drove to Sochi to pick up a significant number of strays that would be evacuated into the Russian Capital. Meanwhile, others have taken the initiative to build their own shelters to feed, house, and sterilize stray dogs in the outskirts of Sochi with money from donations. Throughout the Olympics, several volunteers devoted their time and effort to make sure these dogs were not killed by exterminators in a plethora of different ways.

These commendable actions help save the lives of hundreds of dogs in Sochi and most of these rescued dogs have completely new lives free from the Sochi streets. But that is not where this story ends. As we take a look back into the 2014 Olympics and the stray dogs of Sochi, one particular story sticks out amongst others and that is Gus Kenworthy’s initiative to help these stray dogs.

Upon hearing that the stray dogs in Sochi were set to be euthanized, the Olympic athlete sprang into action and adopted three dogs for himself as well as brought several dogs with him to America for his adoption and most of these once homeless dogs have found forever homes in a different part of the world. Even up to four years later many of the dogs Gus had adopted are still doing well and are being taken care of better than the streets ever could. Gus Kenworthy may have won the silver medal in his category but just for this action alone, he deserves no less than a nice gold medal.

However, Gus Kenworthy wasn’t the only one to have adopted a few strays during their Olympic year. Either galvanized by Kenworthy’s actions or through their own initiative due to sympathy for these dogs, several athletes such as Lindsey Jacobellis, David Backes, Derek Stepan, Kelli Stack, and many more decided to adopt at least one or two strays from the shelters in Sochi.

Following up on this story, an article written one year later caught up with these stray dogs and where they were at that time. Many of these dogs now live peaceful and safe lives in their new forever homes. And many of them have had their lifestyles completely changed from frightened homeless dogs on the streets to adorable pups who just won’t leave their new families. According to these new families, the adopted Sochi dogs fit right at home with many of them becoming sociable, happy, and goofy.

Apart from athletes and locals, various animal rescue organizations both in and out of the country also made their move to help these dogs from getting euthanized and one of these organizations is the Humane Society International. This organization coordinated the rescue of ten dogs and luckily these rescue dogs were adopted shortly after, and just like the dogs adopted by athletes, these dogs found loving and caring homes in the United States.

However, despite these actions generally being seen as a good deed to help dogs, many would criticize those who adopt the dogs from Sochi. These critics would mention that there are stray dogs in their own home country that need to be adopted as well. While these comments carry some validity to them, the story of the Sochi dogs and their adoption shouldn’t be panned with criticism and instead should be a reminder that there are stray dogs all around the world that are just waiting for a kind and compassionate families to give them the forever home that they deserve.

While the story of the Sochi dogs was a dark one in the beginning. As stray dogs allegedly being poisoned and euthanized to make the 2014 Olympics in Sochi more glamorous, clean, and inviting leaves a poor taste in the mouth. One cannot deny how this event could have gotten worse if it weren’t for the deeds of these volunteers, animal rights activists, and sympathetic athletes from around the world.

Despite everything, the story of these Sochi stray dogs has ended on a positive note, through the initiative of several people who couldn’t sit idly by as reports of dogs dying came to light. As for the question of who let the dogs out of Sochi? Well, we have staunch animal rights activists, animal rescue organizations, influential athletes, and everyday dog-loving volunteers to thank for that. PREVIOUS
10 of the Funniest Dog Videos on the Internet NEXT
An Animal Rescue Story: Who Let the Dogs Out of Sochi During Olympics