Couple Sees The Saddest Dog Photo And Adopts, Despite Warnings From Shelter Jessica Williams couldn’t wait until her birthday in November to adopt a dog. She was way too excited! Jessica’s boyfriend Jared finally gave in once they moved into their pet-friendly apartment. Jessica just had to wait a few more months. But she couldn’t help herself. She just had to look online to see what her future dog might be like.

That’s when she saw him. A dog that needed her now. The saddest little face that broke her heart. The sad little face belonged to Benji, a stray that was picked up in Los Angeles and taken to a large, rowdy city shelter. He was a nervous little guy and had a flea allergy so he lost most of his fur. “He was at the shelter for 10 days and wasn’t handling it well,” Jessica told The Dodo. “He would snarl and snap at people as they walked by. I had never seen a sadder dog and knew we couldn’t leave him there.”

The couple knew that Benji needed them so they decided they would make the 6-hour drive, from their apartment in Sacramento to Los Angeles.

Once the couple arrived at the shelter and told the staff that they were interested in adopting Benji, the staff was shocked. They knew the dog needed a lot of care and training. The staff even tried to talk them out of adopting Benji but Jessica and Jared wouldn’t hear of it.

Jessica said, “The shelter also told us he wasn’t friendly and refused to take us into a calm waiting area to get to know him because ‘he wouldn’t be a dog that would come over to us to be cuddly. We knew that he had a high possibility of being euthanized and didn’t want him to die.”

Meeting Benji only solidified what the couple already suspected. They would adopt Benji and welcome him into their little family. They signed the papers then made the long journey back home.

In the car ride, Benji was very nervous but Jessica and Jared knew this was totally normal. But when they got home, Benji started behaving exactly as the shelter staff said he would. He was withdrawn and seemed to have no interest in his new paw-rents.

But then, after a few days passed, something magical happened. Benji realized he was finally safe. The dog who no one wanted– the dog with the saddest little face– began to PLAY! He didn’t just play, he began to truly enjoy life!

“He loves to come up and lick our faces and play with his toys,” Jessica said. “He is such a goofball now! He has crazy zoomies after he gets bathed. He will also start barking the second we get in the car as if to say, ‘We have to start moving! Let’s go!’” It’s only been 3 weeks but Benji has become a real member of the family. He loves going on new adventures with Jessica and Jared.

Benji’s story is a reminder that ALL shelter dogs, no matter how they appear, just need to be given a chance. Once they are out of that scary shelter environment, a million things can change. Since given a real chance with a real family… 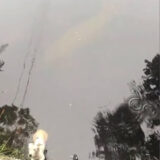