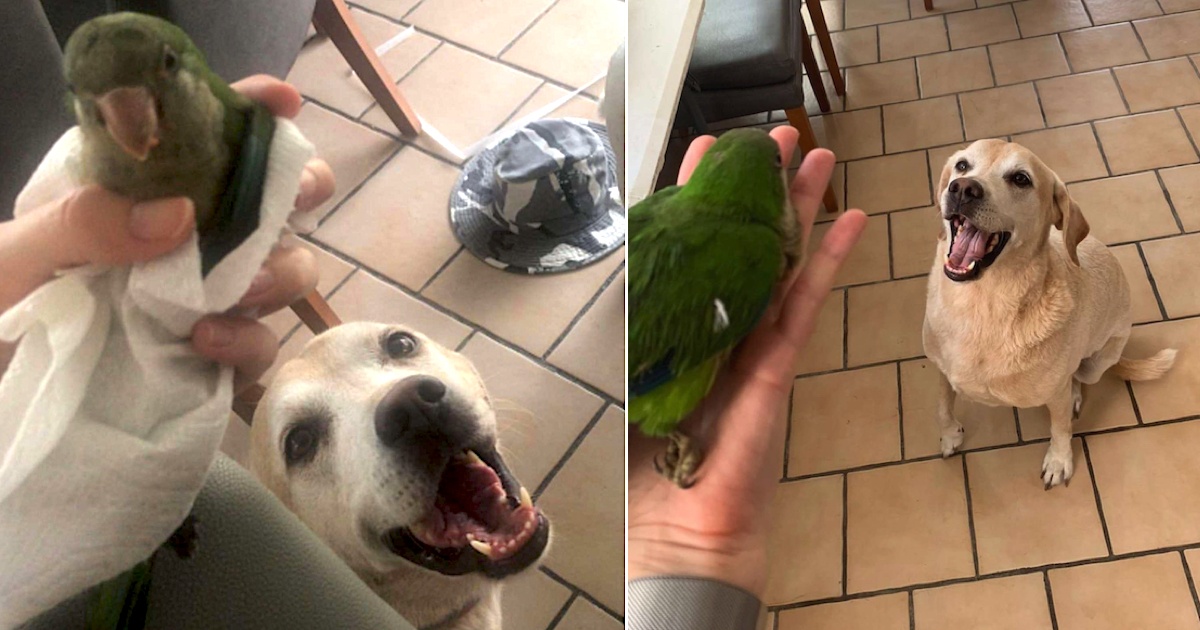 Viviana Davila was relaxing in the backyard of her home in Puerto Rico when her dog, Hiro, took off running toward the fence. Something had clearly caught his attention, and he worked to get Mom’s attention. She saw him licking at whatever it was and went over to see that it was a baby bird!

The defenseless little thing needed desperate help. Hiro may have saved the bird, but his work wasn’t done yet! Viviana got the bird to a vet where they learned it was a baby Quaker parrot. The poor bird was paraplegic due to falling from its nest, and it wouldn’t have made it out there all alone much longer.

Typically, the vet would recommend birds in this condition to be put down. But they saw a strong will to go on in this one! Viviana named her Hope and brought her home to care for her along with instructions from the vet. And Hiro couldn’t have been happier! 🙂

A week-and-a-half later, Hope was doing a lot better! Hiro never left her side and was there for her no matter what she needed. The bird’s body was getting stronger with each day, and Hiro made it his purpose to make sure Hope would pull through!

Hiro took on the role of big brother, and quite the bond and friendship had developed between the unlikely animals! The goal is for Hope to continue to thrive in this new life, and she’s only alive and well today thanks to Hiro the hero! 🙂

Advertisement
Advertisement
ADVERTISEMENT ×
previous
Dog Passes After Common Mistake, Dog Owner Posts Warning To Save Others
next
Farmer Sees Deer Trapped On The Ice, Comes Back With A Friend To Help