Dogs are Smart — But How Smart Are They? Dogs are some of the most intelligent creatures on the planet, capable of recognizing patterns, commands, sounds, and more. They have a grasp on empathy and are capable of sensing danger as well as aiding people in danger. We know they’re smart, but do we really know how smart? Today we dive deep into the mind of your favorite pooches and mutts to see just how intelligent man’s best friend is. 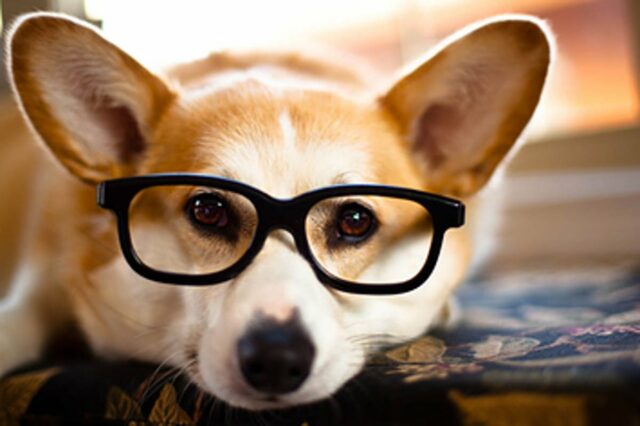 Before we start, we should address something first right off the bat. According to an article from Smithsonian magazine while dogs are smart, they’re far from being the smartest animal on the planet and there are a whole host of animals that are far more intelligent than your typical canine, such as elephants, octopi, dolphins, chimps, and even pigs.

But what sets dogs apart and what makes them so intelligent?

Well according to psychologist Stephen Lea of the University of Exeter dogs can perform well across different categories like motor imitation, problem tasks, empathy, pattern recognition, and navigation. They are also social animals that have also been domesticated and no other animal fits these criteria. 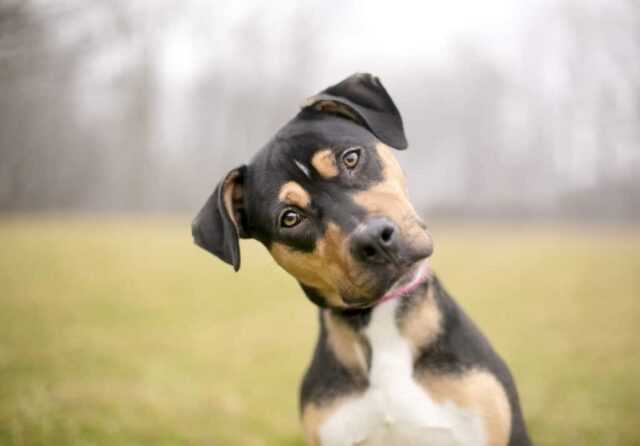 Now with that out of the way let’s delve deeper into what makes dogs so smart.

First and foremost, we should talk about the dog’s ability to socialize, which seems to be species wide. Dogs are aware of human behavior and are very attentive and responsive to us. They empathize very well with us and even hold a sense of loyalty to their owners. This formation of bonds shows us that dogs have the ability to form emotional attachment to certain people and or groups of people but not strangers.

Dogs have fostered and evolved to gain the impressive ability to socialize, empathize, and understand human beings as well as other animals. Furthermore, dogs have a sophisticated way of understanding different things, from knowing and acknowledging verbal commands and cues, to knowing whether or not a person is helpful or unhelpful.

Dogs also have an impressive memory capacity, capable of learning, understanding, and recognizing hundreds of different words and commands. While in special cases such as a famous border collie named Chaser, who has been trained to recognize over a thousand words and is even capable of recognizing verbs. Another distinction of a dog’s cognitive abilities is related to their sense of smell. Their sense of smell is one of the many ways dogs can interact with the world but unlike us, dogs use their nose a lot better than we can. This sensory difference is how dogs interact with the world and through scent, they’re capable of distinguishing one thing from another, recognizing familiar people or animals, as well as tracking people from their scent alone. While dogs are still confused by how mirrors work, dogs are still capable of recognizing themselves through their own scent.

However, there are a few more signs that your dog has a highly developed intelligence, and for that, we invite you to learn 12 signs that’ll help you check whether your dog is smarter than others.

1. They remember tricks and commands
Pups can be taught and trained to follow commands and they will remember those for a long time. One sign to know if your dog is smart is if it remembers tricks and commands even if you haven’t used them in a while. Professional Dog Trainer Robert Cabral says, “If I taught a dog to walk backward on command and haven’t done it with him in a year, if he’s smart, he will still remember how to do it when asked.”

2. They are able to solve puzzles for treats
It’s a known fact that dogs love to eat and they will rarely avoid food. You can use this fact to check just how smart your pets really are. There are various dog treat puzzles where a treat is hidden in and your pups need to figure out how to get them out. Cabral also claims that smart dogs tend to solve such puzzles quicker than other dogs.

3. They can find the open door
Dogs are innate escape artists, and while this could be incredibly frustrating for their owners, it is usually a sign of intelligence. “One way to test this is to let your dogs out of one door, close it and then open another door. Smart dogs can find their way back in or out, even if their original exit and entry points are closed,” Cabral explains.

4. They bring you toys to play
Many dogs will enjoy a game of tug-of-war or fetch, but smart dogs will initiate these games of their own volition. Cabral explains that if your dog “talks” to you, strokes you, brings you toys, or does things that you taught him or her of their own free will, their intelligence level is particularly high. And no, wild barking and jumping from place to place are not behaviors you’ve taught them.

5. They comfort you when you’re sad
We all have experienced occasional pain, sadness, and anger. Whether it was after a terrible day at work or a fight with a partner, pets can sense these intense emotions and that is a sign of a highly developed intellect.

“Smart dogs understand their owner’s feelings and take different steps to comfort them. For instance, if your dog comes to cuddle with you or they refuse to leave you until your mood changes, they are particularly smart, so make sure to show them love back,” Dog Behaviorist Katie Nitti explains.

6. They are aware when you are going out
Have you ever noticed your dog’s behavior changes when you are preparing to leave? Intelligent dogs observe and pay attention to your every step. They understand the meaning of a suitcase and they will demonstrate strange behavior when they spot it. Dogs will try to enter it, try to hide it, and tend to even be more clingy to you than usual, says Nitti.

7. They want your attention
Your dogs are crazy about your attention. They can never get enough of petting, games, and belly scratches, but those with advanced smarts also know to demand it. Nitti explains that intelligent dogs will approach you, place their heads under your hands, and move for you to pet them. They will even use their feet to show you how they want to be petted. Nitti says if your dog exhibits this behavior and stops after a while, they are not satisfied with what you’re giving them and you should spend more time doing so.

8. They practice caution
When out with your dogs for daily walks, it is important to teach them how to stop before crossing the street. Veterinarian Yvonne Brandenburg says it’s important we should train our dogs to stop before crossing the street when you’re out on your daily walks. If your dog stops before crossing a street when you didn’t teach him or her to, it is a sign they are more intelligent than other dogs. Brandenburg also explains that dogs that tend to be careful in certain situations such as being in new places and meeting strangers are much smarter.

9. They learn new tricks quickly
All dogs can be trained to learn various commands and tricks. Some dogs will just take a little longer than others. “Dogs who learn new commands, tricks, and habits faster, show clear signs of developed intelligence. For instance, if you have to tell your dog “no” when jumping on strangers only a few times, he is quite smart. But if you only have to tell him off once, your dog might be really smart,” says Brandenburg.

10. They look to you for instructions
You need to get a dog’s full attention first before you can command him to do something. Dog expert Jeff Franklin says that dogs who naturally look to their owners for instruction, show signs of great intelligence. He goes on to explain that smart dogs will not only follow their owner and their orders but will also look for cues on what to do just by looking at them.

And just like us a dog’s intelligence should be cultivated and nurtured. It is important that dogs are given stimulation to keep their minds active and healthy. This can be done through communication, various activities, playing with your dogs, and letting them figure things out with their noses and other senses. However it is important to keep in mind that not all dogs are the same and they aren’t exceptionally intelligent and that’s okay. PREVIOUS
Dog Health 101: How to Keep Your Pets in Top Shape 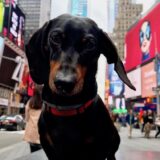 NEXT
Dog Day Out: 21 Spots and Dog Parks to Visit in NYC