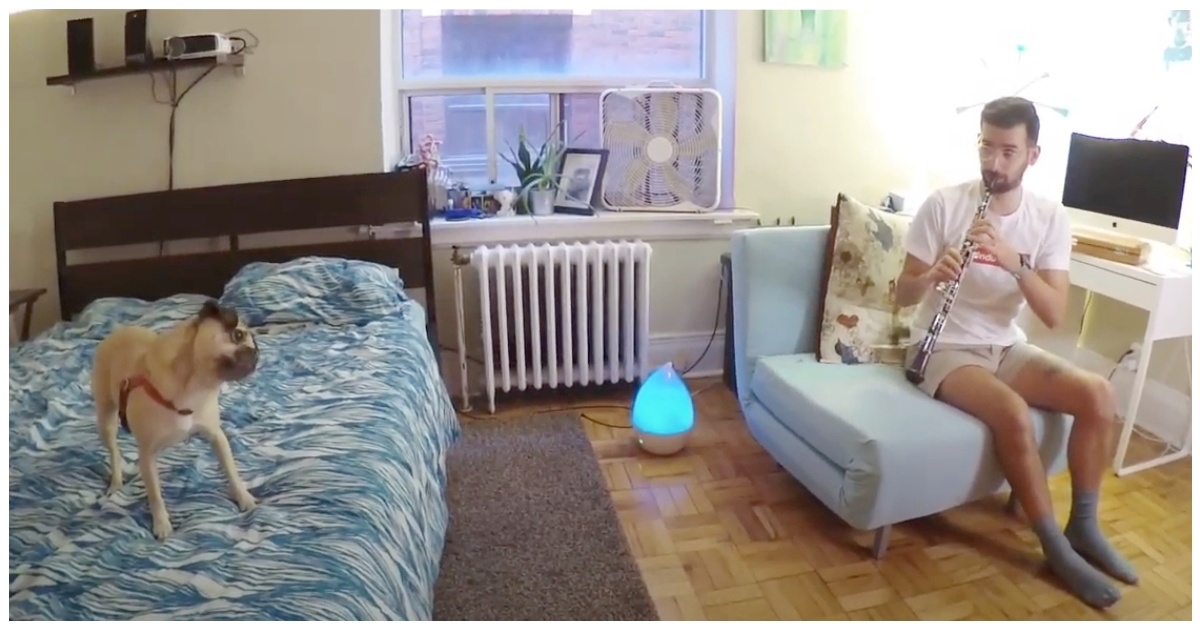 Music can be very soothing to the soul, and that goes for animals, too. When 29-year-old Canadian resident Ron Cohen Mann and his husband were recently dogsitting a friend’s Pug, something very magical and musical happened. Ron is a professional oboist, and he decided to see how the 7-year-old Pug would react to hearing the oboe for the first time in her life.

The dog named, Chewie, was very curious about the musical instrument. When Ron first began playing, Chewie tilted her adorable head, wagged her tail, whined a bit, and jumped up onto the bed. After all, the dog was getting her own home concert courtesy of her dogsitters. Within a few moments of hearing Ron play the oboe, Chewie joined in and started singing on perfect pitch.

She tilted her head, pranced around the bed, pursed her lips, and started howling with the oboe. Whenever Ron played, Chewie sang. She even tilted her head as if to get in tune and pitch with the oboe. Despite never hearing an oboe before, Chewie was amazingly on point and in tune. At the end of the adorable video, Ron talks to the camera and gives a sweet message.

Turn up your speakers and enjoy Chewie the pug singing her song as Ron accompanies her on an oboe. Great job, you two!