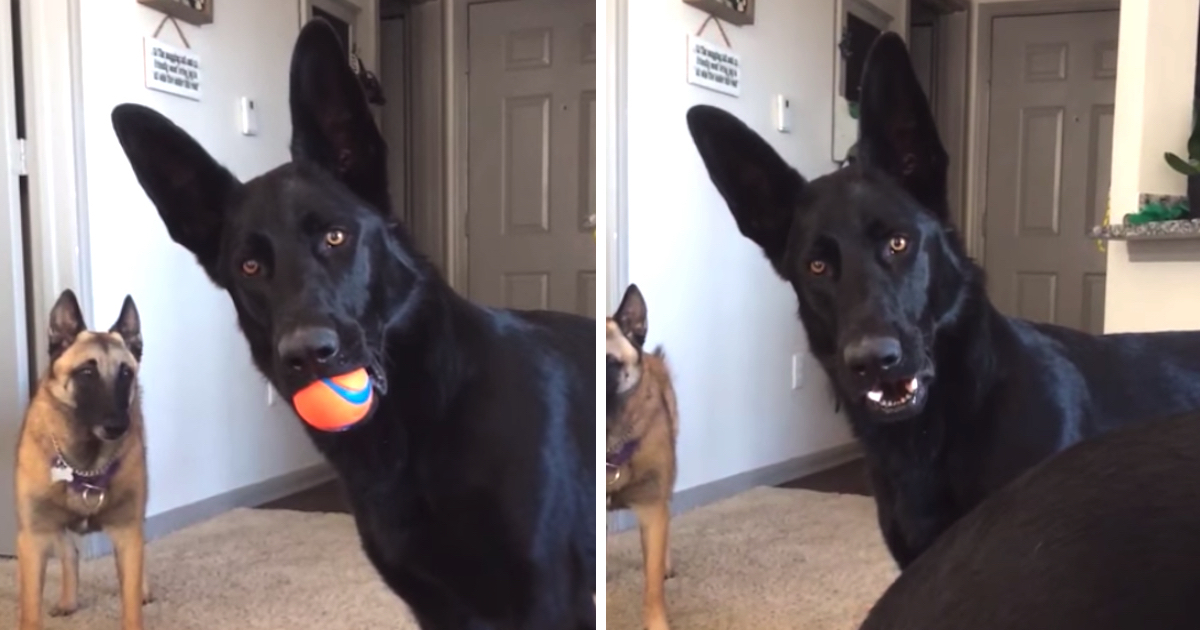 In the video below, a playful German Shepherd is just doing his thing playing with some toys and having some fun when Mom plays a video of a crying baby on her phone. The dog had never heard such a thing before in life, but he’s pretty sure it’s something they should all be concerned about! ????

The dog stops and stares, and then the head tilts kick in. The ball drops from his mouth as a look of total disbelief spreads across his face. He gets closer to the phone to try to get a better sense of things only to step back and do some more head-tilting as he wonders what is going on!

The other dogs in the house don’t look as if they share the same curiosity and apprehension as the German Shepherd, but the good boy seems concerned enough for all! ????