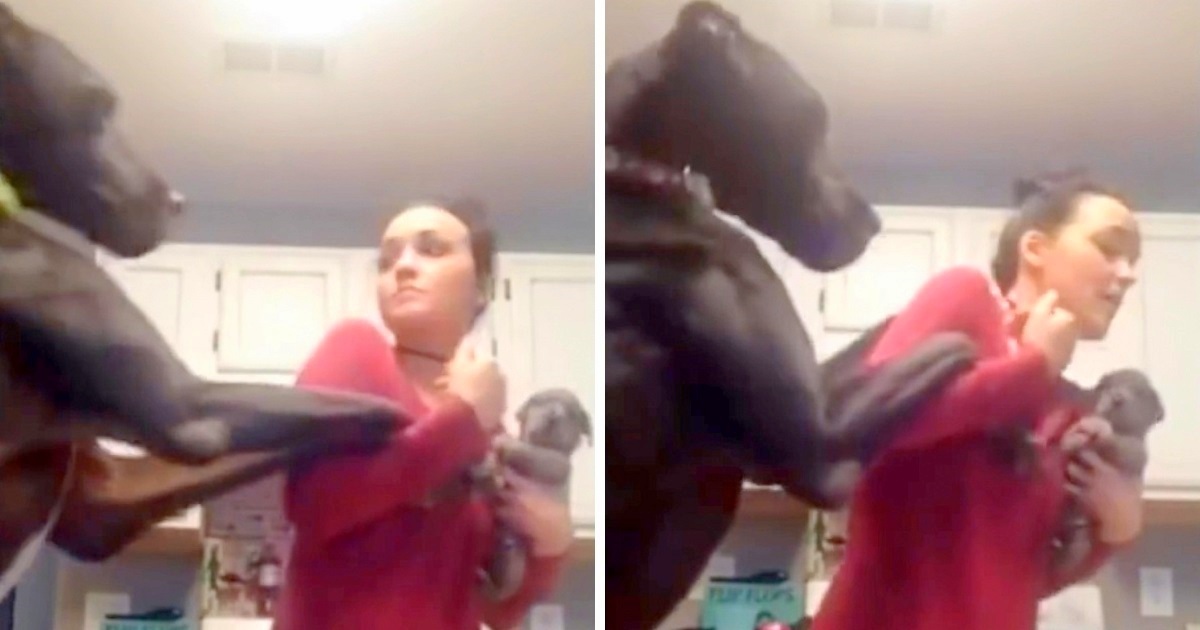 When it comes to loving his mom, Bagira the Great Dane knows that no one loves her more than him. Bagira, along with his canine sibling, was living a blissful life with mom Lindsey Heinz, until the day she decided to bring home a new tiny puppy.

As evident from this video, Bagira is just mad with jealousy. He thinks he is a big boy who cannot compete with the heart-melting cuteness of a little puppy. This just breaks his heart and he decides to show Lindsay that he can be a cute and cuddly baby too.

So, when Lindsay is petting the new fur ball in her arms, Bagira too tries to perch on her like a tiny puppy! He tries to paw his way in, but instead, Lindsay gives him a curt reply saying –“I can pet him too…It’s not all about you!” Bagira is crushed but doesn’t back down from his attempts to confront mom.

Bagira’s other sibling also lurks in the background, seemingly unaffected by Bagira and Mom’s little tussle. He senses the room’s heavy atmosphere and tries to break the fight with a cuddle, but Bagira’s envy-fueled temper doesn’t seem to be easing anytime soon. We really hope Lindsay pets him soon to assure him that she still loves him the most!

Click the video below to watch Bagira’s cute little bout of jealousy!