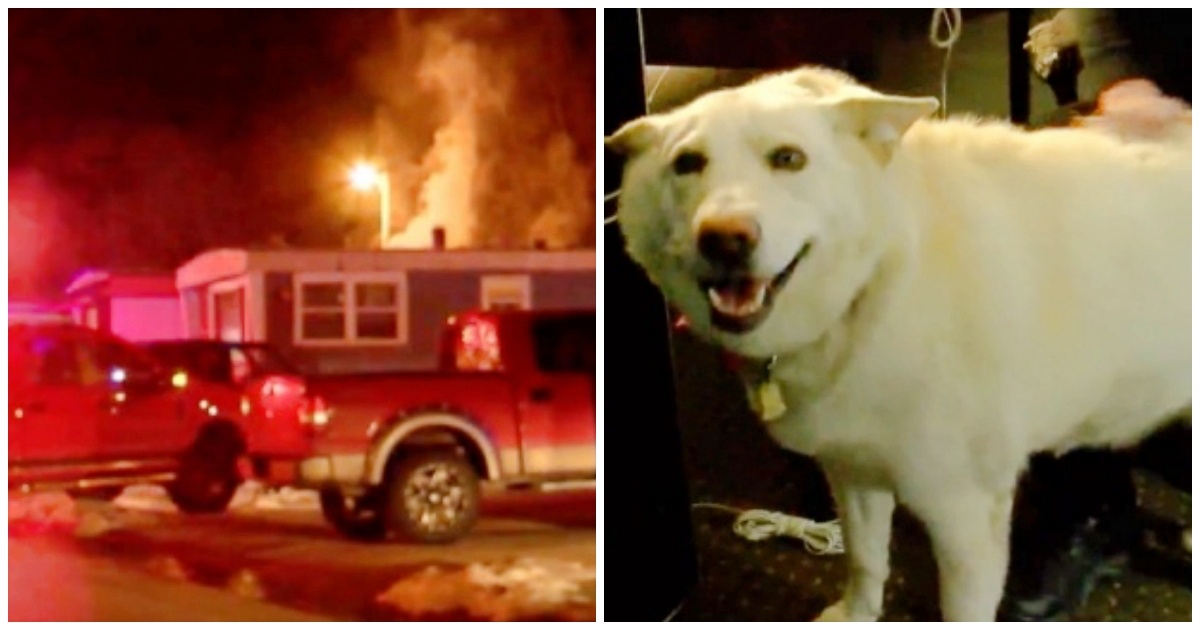 Ron Milburn adopted Kenna about four years ago, and over that time the dog has become his lifeline and constant companion. The sweet rescue dog has become Ron’s service dog and helps him with PTSD, anxiety, and diabetes. Together, the duo volunteers on weekends with the Midwest Animal Therapy Group. Ron can add “lifesaver” to Kenna’s long list of achievements.

Milburn was sound asleep in his Davenport, Iowa home when Kenna woke him up. It was around midnight, and Kenna was trying to alert her owner that something was wrong. The man took off his sleep mask, looked around, and realized the power had gone out in the bedroom. He walked around and realized his entire mobile home was without power. Ron drove to a local gas station to get batteries for his flashlight.

However, on returning to his property, he saw the entire thing was filled with smoke and surrounded by firefighters. He claims if Kenna hadn’t woken him up, he would have “been toast,” as she is his blessing. Although Ron lost everything and his home was destroyed, both he and Kenna are alive, and he is very thankful.

According to dog trainer Kara Hollars, “Most service dogs are trained to do at least two if not more tasks for their owners.” Kenna did one major thing on that fateful night, and that was to save her owner’s life. Great job, Kenna! For more about this amazing dog, press play on the video below.