Dwayne Jensen, a U.S. Army veteran and a postal carrier in Olean, who served in the Gulf War, is accompanied by a canine friend providing support during his workdays.

He is driving and walking his routes with an emotional support service dog, Beau (pronounced Bow). Jensen’s supervisor said that is a first in the nation for the U.S. Postal Service.

Jensen contacted and filled out an application in Western New York Heroes, a veterans services organization based in Williamsville that includes the Pawsitive for Heroes program. He also undertakes a lengthy process for approval from USPS managers and executives from Olean to Albany and Washington, D.C.

It took almost a year to get final approval from the U.S. Postal Service to allow Beau, a rescued laid-back German shepherd mix, to work with Jensen. Earlier this week, Beau began working with Jensen. The two have seen walking routes Jensen covers throughout the city.

“It’s been good so far,” said Jensen. “He gives me support and is trained to react … if I have anxiety or anything like that.” Jensen was a Gowanda native with anxiety from his experiences in Operation Desert Storm started in January 1991 to expel Saddam Hussein’s Iraqi forces from neighboring Kuwait.

“Beau, only two years old, is still under training with him and attends sessions once a week. Beau is in his service dog vest at work. During the day off, out of his vest, the dog is loving and playful like any pet”, Jensen added. 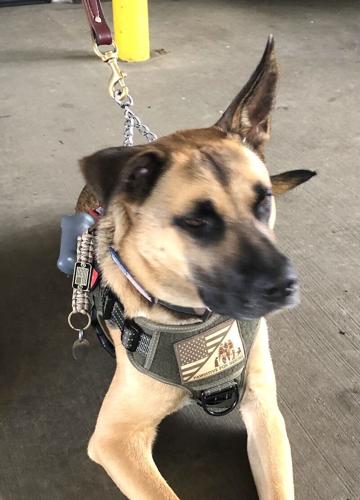 Kris Linderman, Jensen’s supervisor at the Olean Post Office, supported him in having a service dog and raised concerns about what might happen if the pair may encounter a loose and aggressive dog on a route.

He grabbed the chance to talk about Jensen and Beau in the hope that residents would
understand even more the need to ensure the dogs in the city are secured.

Both Linderman and Jensen also ask residents to remember that Beau is not a pet to be called to or approached for petting while working. 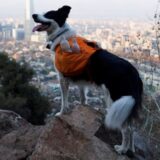 NEXT
Man Brings Dog Back To Life By Performing CPR