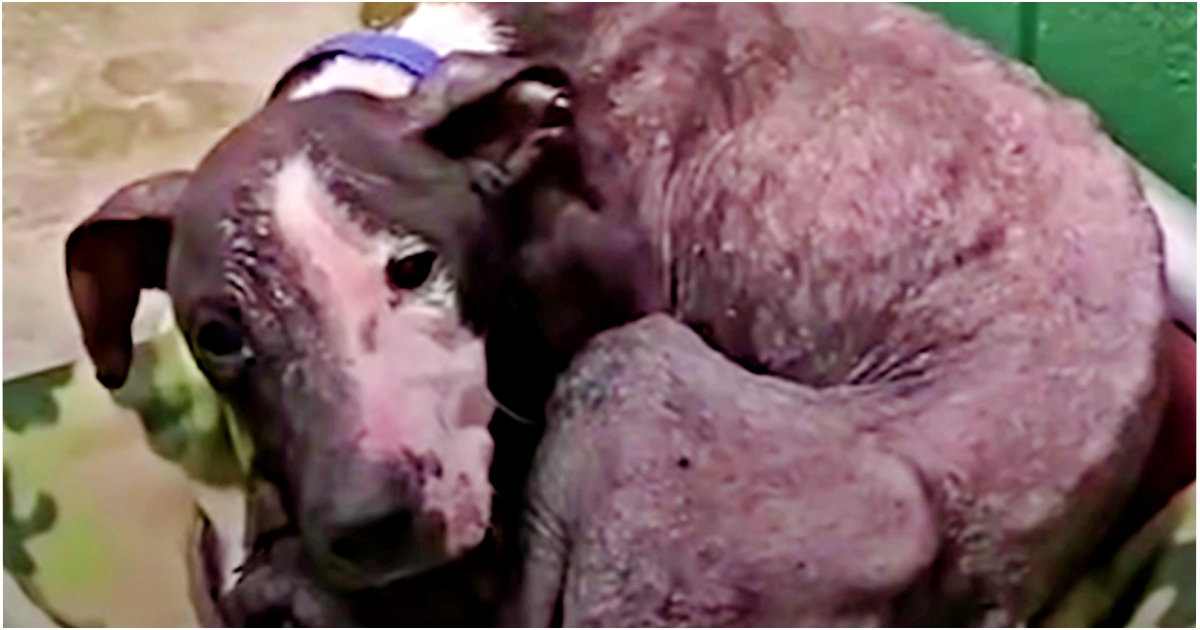 The puppy in this story, named Maverick, is a very brave boy. When he was just a puppy, a cruel man left him on the train tracks. He was starved so badly that he only weighed 10 pounds. Thankfully he was found in time before he was hit by a train by a passerby.

He was brought to the local pound in Georgia. Second Chance Rescue stepped up and took him from the shelter before he was euthanized. He needed urgent medical care and he thankfully got it once he was placed in a medical facility.

Second Chance Rescue wanted to move Maverick up to New York. They knew he needed a lot of care. Besides being emaciated, he also had Demodex mange that needed daily medicated baths. Cam, a kind soul, had been urging his wife Nicole to take in a foster. And once he saw Maverick’s photo online, he knew that this special pup belonged with them.

Maverick officially moved to Brooklyn soon after. His mange was already healing. Nicole and Cam expected Maverick to be traumatized and shut down considering all he had been through. But he was quite the opposite. He had so much spunk and puppy energy. He was basically the happiest dog they had ever met!

Because Maverick was starved for so long, he had a ferocious appetite and ate his meals way too fast. Nicole and Cam got him a food puzzle to slow down his eating. Maverick also had a funny way of sleeping. Nicole describes it in the video below and it’s hilarious. Maverick just morphed into any position you put him in and passed out. It was just too cute for words!

What amazed Cam and Nicole most was how much Maverick had been through yet he was so snuggly and relaxed. It was as if he had left his past completely where it belonged: behind him! Nicole was already struggling with having to say goodbye to Maverick. They naturally became attached to him but to help other animals by fostering them, they both knew they had to be courageous and transition him into his forever home.

They waited for the right applicant knowing Maverick deserved the perfect home for him. What happens next is why we love rescue groups and foster parents so much!

To see Maverick’s full story, watch the video below! We couldn’t be more grateful for this happy ending.