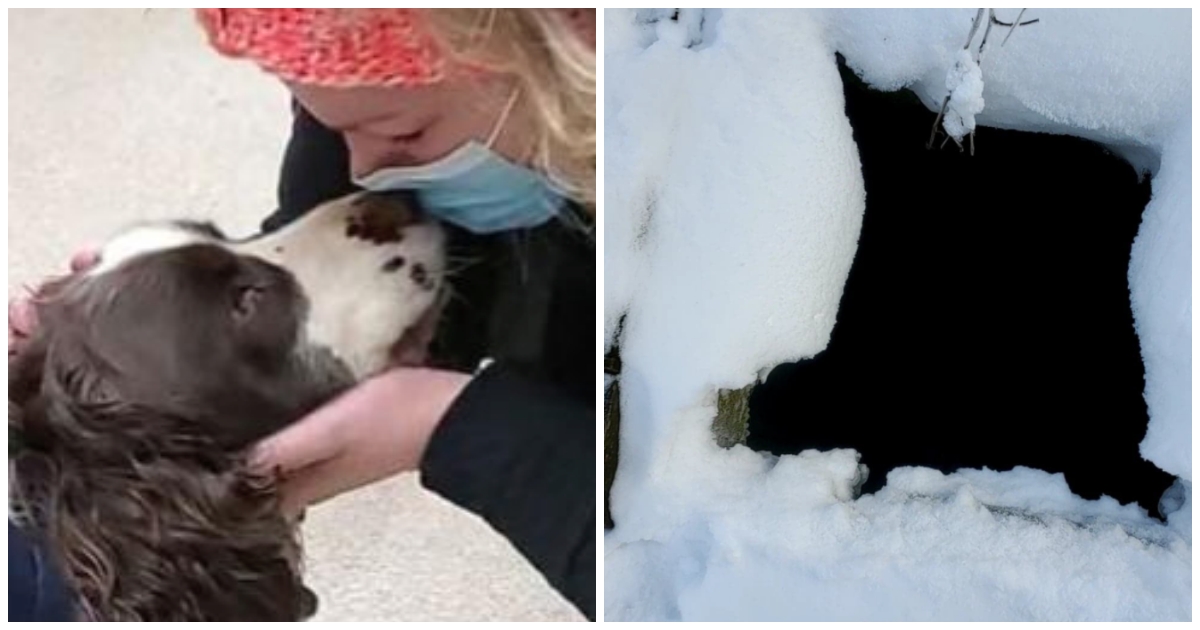 Residents from Kent County, Michigan, thought they heard a dog barking in the area but could not figure out the source. Town residents told Animal Control Officers they heard the barking for several days, so the officers decided to come out and investigate. The initial caller told officers they thought the barking sound was coming from deep in a corn silo.

On arrival at the scene, officers met two concerned citizens who volunteered their time. Incredibly, deep in the silo, a dog who had been missing for 43 days was barking up for help. Since the walls of the silo were 10 feet high, there is no way the poor little guy could get out on his own. The dog, a Springer Spaniel named Milo, went missing 43 days earlier from his family about 20 miles away from the silo.

Thanks to Lost Paws, LLC, they came out to assist in Milo’s recovery efforts. Once before, the organization helped save a dog who had been missing for weeks. Once getting the dog out of the silo, they contacted the family, who confirmed that Milo was their long-lost dog. Although the dog lost 33 pounds over the 43 days he was missing; he managed to survive snowstorms, dehydration, freezing temperatures, and hunger.

According to a Facebook post from Kent County Animal Shelter, “What he nor his owners never lost was hope and hope is what finally reunited them.”

Thanks to everyone who came together to rescue Milo from the silo! NEXT
Rescue of Abandoned Dogs Found in a Cardboard Box