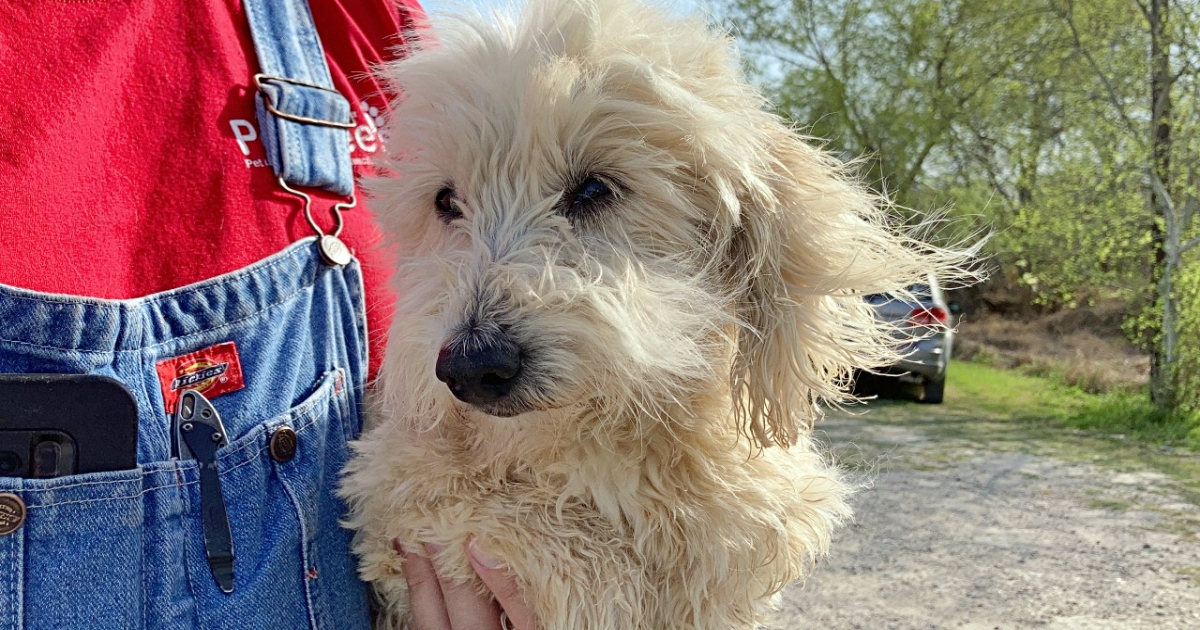 A New Mexico family began to lose hope that they’d ever see their beloved Poodle again after he went missing from his home, but four years later, they received the best news of their lives.

The Delgado family searched for their dog, Puppies, for months, but to no avail. They had hoped that a good family had taken him in, and that he wasn’t wandering the streets somewhere.

But four years later, he was found on the streets by Peewee’s Pet Adoption World and Sanctuary in Corpus Christi, Texas, more than 800 miles away from where he had gone missing.

Thankfully, the ten-year-old pooch had a microchip, and the rescue center was able to get in touch with the Delgado family.

Puppies will soon be transported back to New Mexico to be reunited with his family, but in the meantime he has receive a check-up and is being cared for by the shelter.

When he arrives home, he will be greeted by his relieved family. The Delgado’s gave birth to a new baby while Puppies was missing, so he also has a new family member to meet.