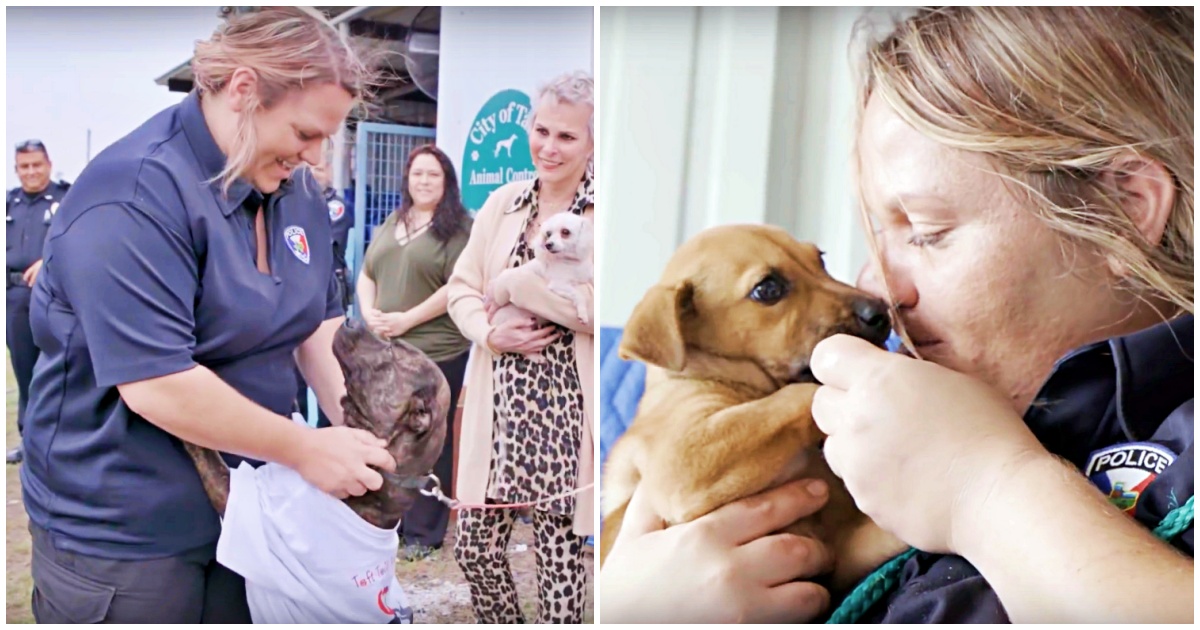 Kayla Denney left her job as an accountant to pursue her passion for pets, and it wound up being one of the best decisions she’s ever made.

She began working as an animal control supervisor for the City of Taft Animal Control Department in Taft, Texas and has transformed the shelter in just a few short months.

When Denney first arrived at the shelter last November, it was a complete mess. There were no support systems set up, no volunteers, and no social media pages. But worst of all, dogs and cats would be euthanized every Wednesday due to lack of space.

But ever since Denney took over, no dogs or cats have been euthanized, and ALL of them have found forever homes! Since her first day, Denney has helped save 565 dogs and cats.

Denney quickly organized the shelter and was able to receive donations by reaching out to people on Facebook. She ordered new supplies and got volunteers.

She recently won the Petco Foundation’s Unsung Hero award for all of her amazing work at the shelter. She won $10,000 for being one of the five finalists, and another $25,000 when she won first place.