Chubby Bulldog On Diet Finishes Food, Throws A Fit When Mom Won’t Give Him More 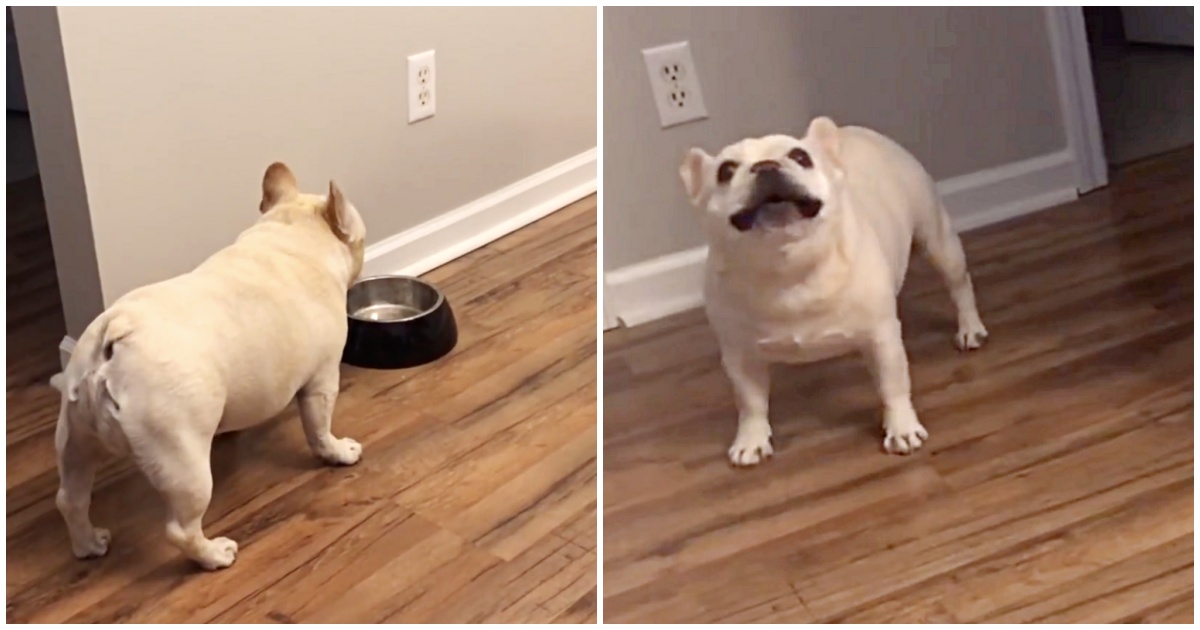 Cashew the French Bulldog loves food… a little TOO much.

So when he finished all of his breakfast, he instantly demanded more. But little does he know, he’s overweight and not supposed to be eating as much as he’d like. His owner quickly told him that he just ate and therefore wasn’t starving, but Cashew angrily disagreed. He whined and catapulted himself into a full-blown temper tantrum.

His owner continuously reminded him that he’d get more food at dinner time, but he clearly didn’t want to wait that long. He turns around, faces his human, and began howling out all kinds of sounds in protest.

Toward the end of the video, Cashew’s mom asks him if he’d like a snack instead, such as an ice cube, to which he responded by tilting his head and becoming very quiet. It seems as if he knows just what his mom suggested. Although Cashew was unhappy with his mom, I guess they decided to compromise on ice cream. Cashew will just have to wait until dinner for his next meal!

Watch the hilarious video below: