Our focus in this article is the land down under, Australia! The country is globally famous for its natural wonders, wide-open spaces, beaches, deserts, and “The Outback”. Aussies are also known for their love for local animals, so much so that the late, great Steve Irwin became its national symbol of environmentalism and wildlife preservation. His life mantra of “Conservation through Exciting Education” reflected Australia’s inherent obsession to take care of the animal world, and it continues until today.

It’s safe to say that Aussies are blessed to have a diverse selection of fauna in their lands, and they do a superb job at taking care of them. But did you know that Australia is also native to some of the cutest and smartest canines in the world? This article talks about the pooches that were originally bred in the Land Down Under.

Here are five (5) of the most common dog breeds in Australia:

A friendly and easygoing dog that used to hunt in packs. Bassets can be serious barkers and with their sturdy feet and nails, they tend to be good diggers. The hunting urge is still quite strong and if not safely confined they will go off hunting on their own. Back in the 1500s, the pre-revolutionary French were using low-slung and heavy-bodied hounds to trail rabbits.  A number of the short, bow-legged French hunting dogs and the basset hound we recognize today were fine-tuned in England in the 1800s. Basset hounds were selected not only for their outstanding scenting skills but also because hunters could keep up with the slow-paced dogs.

In the United States, the Basset Hound quickly moved on from hunting dog to a family pet and a global superstar! The modern basset hound is often referred to as the “Hush Puppy Dog”, or the “dog with long, low-set ears”, and it’s definitely earned the right to its celebrity status. This breed’s wrinkly face adds to its charm, and its short legs complete the adorable package.

Basset hounds are loyal and loving to their owners, but they tend to be quite lazy when they stay in the house the entire day. As such, daily training and exercise are important to avoid obesity! A well-disciplined basset hound will be gentle and calm with its family, and will not be aggressive towards strangers.

The Australian Cattle Dog is considered to be one of the most adventurous dogs in the whole dog community. It was naturally bred to perform demanding tasks and is intelligent, watchful, and courageous. The Cattle Dog has been an integral part of Australian society for quite some time now that it’s been called different names, from the Queensland Heeler, Blue Heeler, and Australian Heeler. The Cattle Dog earned its “heeler” nickname because it used to nip at the heels of cattle for herding.

The breed as we know them today is the culmination of much experimentation to create the ideal dog for herding fractious beef cattle in Australia. 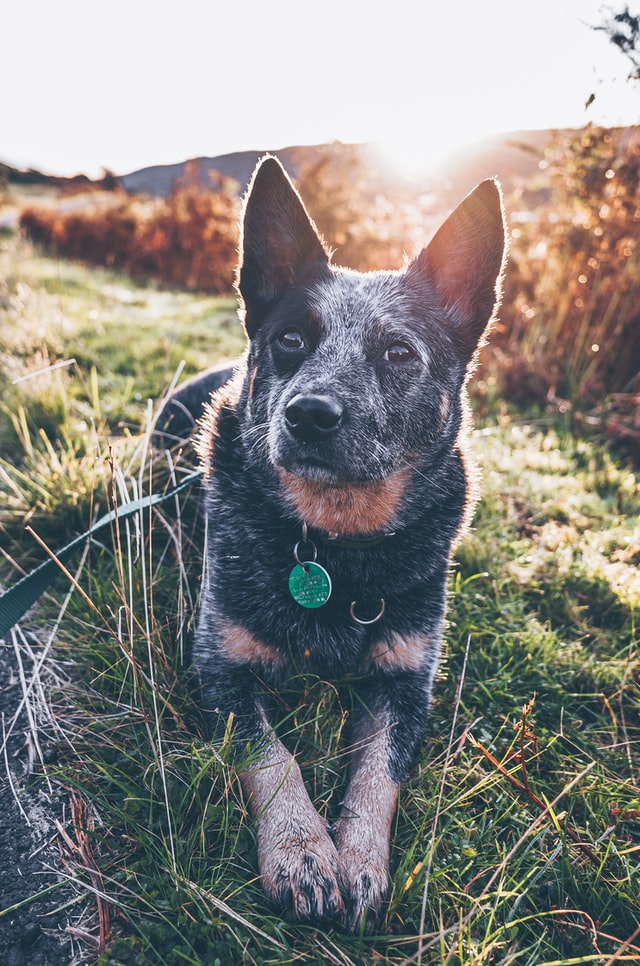 The need for a suitable cattle dog arose in the early 1800s when settlers began spreading westward from Sydney to utilize the vast grazing lands. Eventually, a winning formula was discovered. Imported from Scotland, Blue Merle border collies were crossed with the native wild dingo dog to produce silent workers known as Hall’s Heelers. By the late 1800s, the breed was widely recognized and standardized in Australia.

Nowadays, an Australian Cattle Dog has evolved from a mere herding canine to a loving family pet. If you’re looking for a lazy home buddy, the Australian Cattle Dog isn’t for you. As one of the most adventurous dogs in the canine world, it requires a lot of exercise every day! At home, the Cattle Dog is equally active– if you don’t keep it busy, it will start destroying things to keep itself entertained.

Given the Cattle Dog’s inherent nipping behavior, it also tends to bite on quite literally anything. They’ll bite on objects, kids, strangers, and even other dogs. As such it is quite important to redirect these tendencies through proper training at an early age.

People who have encountered this breed know that they’re playful and gentle dogs that look like clouds. They’re also known to be the perfect companion dogs. They are thought to be a descendant of the water spaniel and were known in the Mediterranean area as far back as the Middle Ages. Some historians believe the breed actually originated in the Canary Islands and was brought to Europe by sailors.

The Bichon Frise carries on in its tradition of, well, being one of the most enchanting and adorable dog breeds to ever exist. And while its cute little face is a sight to behold, the Bichon Frise is also playful, active, and loyal to its parents. The Bichon’s compact structure also makes it an ideal dog for families living in apartments, and because it doesn’t shed like other canines, it also makes for the perfect dog if you have allergies!

In general, having a Bichon Frise as a family member at home can turn out to be one of the best decisions you could make if you’re a dog aficionado. This dog provides endless love and loyalty!

Australian Shepherds are known to be police dogs, narcotics detectors, and competitors in obedience trials. Their history of origin varies widely. But according to one of the theories they were bred and developed in the US to work in ranches. Their ancestors may have been Spanish herding dogs that originated in the Basque region of Spain and France and were brought to the United States with herds of Merino sheep during the early colonial days. The dogs are called Australian shepherds only because they were associated with Basque shepherds that came from Australia to the United States in the 1800s.

This breed is often confused with Labradoodles. What’s the difference? Labradoodle is a cross between a poodle and a labrador, or a multigenerational cross (the so-called Australian Labradoodles). An Australian Cobberdog has a pedigree recognized by the Australian MDBA, in addition to its own stable DNA sequence. This is especially important because the stable DNA sequence means that it maintains its characteristics, generation after generation. This helps to predict its qualities.

These are just five of the many dog breeds common in Australia!  If you learned something new while reading this, share this with your dog-loving friends!

You can also check out our article on the different dog breeds from Europe, Asia, and Africa.