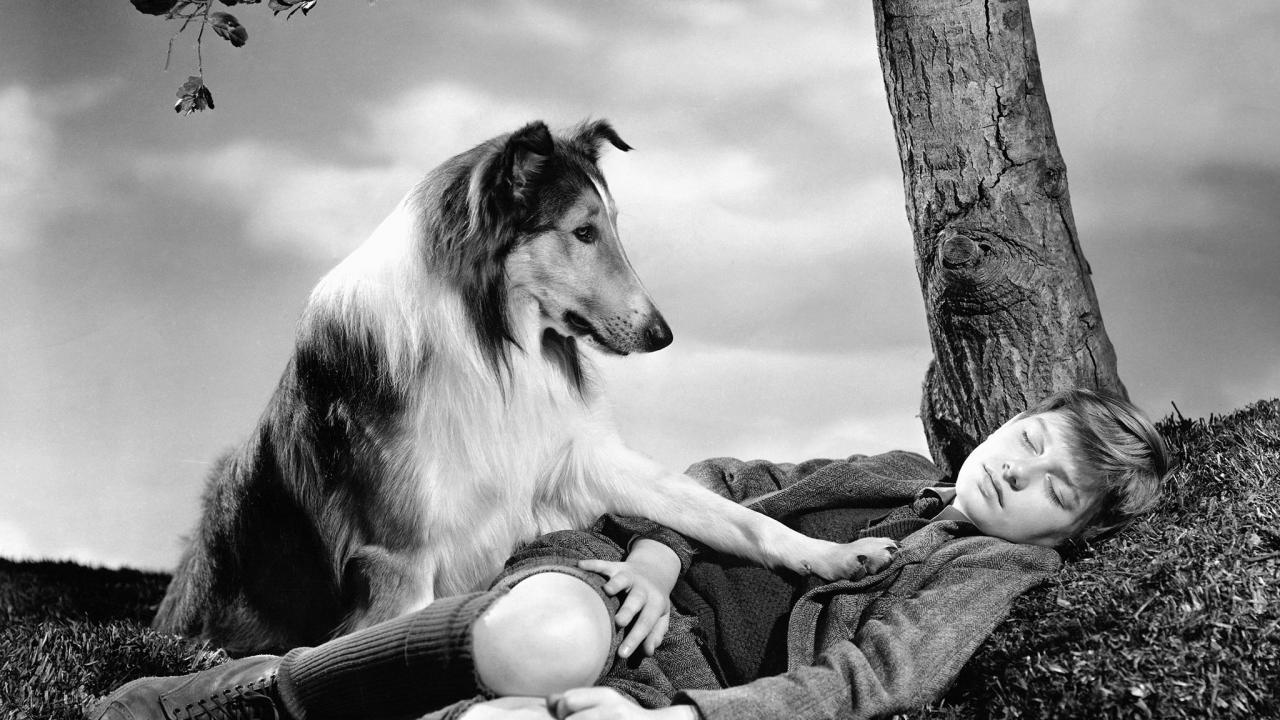 If you grew up watching MGM films and television shows in the mid-1940s to early 1950s, you probably know who Lassie is. But did you know that Lassie was actually played by a male Rough Collie named Pal? If you didn’t, we’re here to tell you the story of this dog in history!

Before we proceed to Pal’s story, let’s first talk about who Lassie is.

Lassie was the fictional character in Lassie Come-Home created by Eric Knight. It was first published as a short story in The Saturday Evening Post in 1938 and later as a full-length novel in 1940. Set in Depression-era England, the novel depicts the lengthy journey a rough collie makes to be reunited with her young Yorkshire master after her family is forced to sell her for money.

In 1943, the novel was adapted into a feature film, Lassie Come-Home, by Metro-Goldwyn-Mayer (MGM) that starred Pal. The movie was a hit and enjoyed a favorable critical response, which led to more films with Lassie as the lead of the story.

Pal the Dog was a very intelligent collie who began his movie career at the age of four when he was teamed up with actor Wallace Reid.

Pal was born on June 4, 1940 in Cherry Osborne’s Glamis Kennels in North Hollywood. A dog with large eyes and a white blaze on his forehead, Pal was immediately seen as just a pet dog that would never be aesthetically worthy of being a celebrity dog. To add to that, when he was eight months old, he started to develop a habit of uncontrolled barking and chasing motorcycles.

Howard Peck, an animal trainer, took him to Rudd Weatherwax to be trained. Despite trying, Weatherwax was unable to get rid of Pal’s habit of chasing motorcycles which disappointed Peck and led him to ask Weatherwax to keep the dog in exchange for the money he owed him. Weatherwax, in turn, gave the dog to a friend but immediately bought him back when he found out about MGM producing a dog film about Lassie; he sensed that Pal could stand a chance at stardom. He wasn’t wrong.

START OF HIS CAREER

After starring in six (6) films that people loved at the time they were released, you’d think that Pal’s celebrity dog career was smooth sailing — it wasn’t. In fact, he was rejected during his audition for the first (low-budget MGM) Lassie film. Pal was one of the 1,500 dogs who auditioned for the title role, but he didn’t get the part because he was a male dog that had eyes that were too big and a head that was too flat. He didn’t look like a “prize-winning” dog with star quality. Instead, Pal became a stunt dog and the title role went to a female collie.

Eventually, things took a turn for the better, at least for Pal. When they started filming, they encountered a problem. They had to get the female collie playing Lassie to enter the raging waters created by the flood in the San Joaquin River. Why? They wanted to take advantage of the massive flooding for cinematic flair. One problem though, the dog refused to enter the flood. That’s where Pal came to the rescue!

Pal’s trainer was on-site and offered to have Pal try it out. How hard could it be? All he had to do was swim the river, haul himself out, and lie down without shaking the water off his coat and attempt to crawl on his side then proceed to lie there motionless. Easy! Kidding aside, they managed to shoot it all in one take and Pal performed exceptionally well. So good that he even moved the director to tears.

They decided to let the female collie go and take in Pal to be their new lead. They upgraded the production to an A-film with full advertising support, top publicity, and filming in Technicolor. Pal went through his paces with enthusiasm, rarely required multiple retakes, and did his own stunt work.

With his excellent work ethic as a dog, a film career became his new normal.

LEAVING MGM AND VENTURING ONTO TELEVISION

Pal then proceeded to star in five (5) more films. These are Son of Lassie (a sequel to Lassie Come-Home), Courage of Lassie, Hills of Home, The Sun Comes Up, Challenge to Lassie, and The Painted Hills. All of these were under MGM (Metro-Goldwyn-Mayer).

Pal’s identity and career as Lassie was a major success, but after being a part of six films, the MGM executives had reached a conclusion and felt that there was no point in creating more Lassie films. They then sought a way to break the contact. It was cheaper and was a faster way, but Weatherwax wanted to protect both Pal and his image as Lassie. In lieu of $40,000 in back pay owed him by the studio, Weatherwax bargained for and received the Lassie name and trademark.

After leaving MGM, Pal and Weatherwax went on the road performing an 18-minute program at dog shows and department stores. A TV producer even told them that he was convinced that this was where Lassie’s (Pal) future was meant to be. Weatherwax and Robert Maxwell proceeded to create a television show focused on a boy-and-his-dog scenario about a struggling family on a weatherbeaten farm in Middle America.

This was at the height of his career, people were still very open to consuming more media that had Lassie. They shot a pilot and brought it to the CBS executives who immediately signed the 30-minute show to its fall 1954 schedule.

We also would like to mention that throughout Pal’s career as Lassie, they’ve been training dogs that would be able to replace Lassie for when he had to retire. And that time came after filming two pilots for the show. Lassie Junior, his son, stepped in and took over the television role. Despite retiring, Pal would come to the studio with his son every day throughout the filming. They even said that Pal would go through the routine behind the set whenever Lassie Jr was asked to do something.

The days in which he would visit the set became less and less. In his retirement, Pal grew blind, deaf, and stiff, but he still remained to be well-loved by everyone.

In June of 1958, at the age of 18 (85 in dog years) Pal passed away due to natural causes. This caused Weatherwax to become extremely sad and it led to deep depression. Robert Weatherwax, his son, later recalled, “It hit him very hard when Pal died. He buried him in a special place on the ranch and would often visit the grave. Dad would never again watch an MGM Lassie movie. He just couldn’t bear to see Pal. He didn’t want to have to be reminded of just how much he loved that dog.”

Pal paved the way for many dogs to soon take over the role of Lassie. Whether it was from the same bloodline or not.

This story is rarely brought up in the media or even in history books, despite the fame of our furry friend. Dogs in history are often overlooked, but now, you know more about it!

This might be the perfect time to hunt for copies of the Lassie films and binge-watch them!

If you enjoyed this, we have more stories about dogs in history here in ilovemydogsomuch.com!

Advertisement
ADVERTISEMENT ×
previous
Stolen Puppy Is Finally Reunited With Its Mom
next
Itchin' for a Scratch: Essential Dog Cleaning Tips for Skin Diseases