A local dog rescuer kept a sharp eye out as she walked around the dusty trails of rural Romania, looking for anyone who might be in need.

She suddenly noticed him. A little dog was just barely perceptible poking out from under the cover of a rusted conveyor belt. The dog’s adorable brown eyes caught the rescuer’s attention as he knelt down to get a better view. The canine friend gladly started giving her hand kisses when she held it out.

Here is a video of the rescuer spotting the puppy:

A post shared by Annies Trust For Dogs (@annies_trust)

Without thinking twice, the savior picked up the pup—later given the name Chance—and brought him to the security of a nearby shelter run by Annie’s Trust For Dogs.

Chance wasn’t sure what to make of his new surroundings at first. He needed some time to get used to it. Eventually, Roxy, a volunteer, won Chance’s affection. His personality started to emerge as he relaxed and realized that the refuge was a secure place. 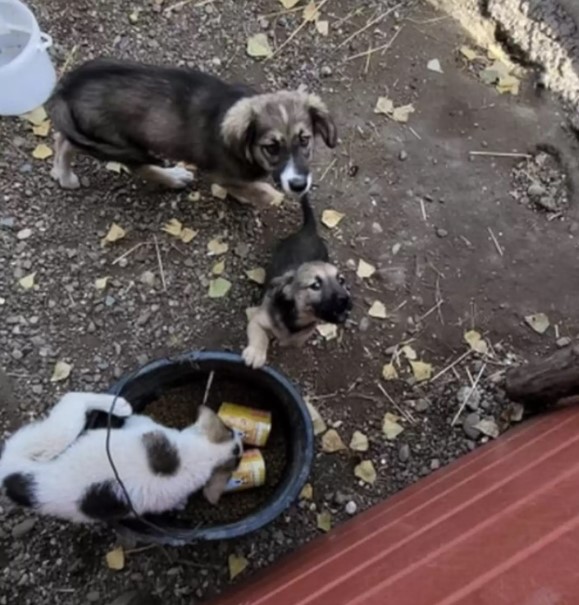 “He was terrified at first and was physically shaking,” a representative from Annie’s Trust For Dogs told The Dodo. “After spending time getting to know Roxy and realizing she was feeding and caring for him, he is coming out of his shell.”

Chance is now content with his life at the shelter, where he can play with other canines and never worry about being by himself. Chance will eventually leave the shelter and travel to the UK, where he will have the opportunity to find his permanent home.

This puppy, who was originally housed in a disused piece of equipment, will soon have a cozy place of his own.