In 2017, EU scientists studying the DNA of prehistoric dogs found that all modern dog breeds share the same geographic origin and can be traced back to a single instance of domestication about 40,000 years ago. This makes them the first animals ever to be domesticated by man. Dogs provided safety and security, while humans returned the favor with food and shelter. And in that mutually beneficial relationship, both of them found loyal companionship.

Everyone knows by now that modern dogs likely came from gray wolves. Prehistoric humans began selectively breeding domesticated wolves to become better hunting partners or protectors. As humans migrated to different areas of the world, they brought them along. Over time, different climates and ways of life led to the selective breeding of even more traits. This began to create the at least 400 dog breeds we know and love today.

In this piece, we’ll find out how 16 breeds of man’s best friends evolved over the years.

The English cocker spaniel emerged in the 19th century when Victorian England designated several spaniel breeds to assist in hunting. In addition to being dependable hunting partners, they make an ideal, agreeable home companion.

The Portuguese water dog once could be found throughout Portugal’s nation’s coast. Their waterproof, non-shedding coats were ideal for frigid ocean weather and herding fish into nets. Their powerful, rugged physique was also integral for water rescue.

Not much is known, but the St. Bernard’s mastiff ancestors were likely brought to Switzerland from Rome in the 1700s. St. Bernards began accompanying monks at the Great Saint Bernard Hospice and Monastery during their winter isolation and were sent on patrols, rescue missions, and to guide travelers after snowstorms.

Akitas were the product of selective breeding for hunting dogs in the Akita district of 17th-century Japan. For a period, only the imperial family were allowed to own them, but the whole country fell in love with the loyal breed and began adopting them. An Akita from the 1920s named Hachiko is world-famous and one of the most popular symbols of Japan today.

Collies are more associated with England. This sheepdog breed rose to prominence south of Scotland after collies were featured at an 1860 dog show in Birmingham. In 1879, the first collie came to the U.S. Interestingly, the world’s most famous collie is probably Lassie, a popular character from books, movies, and television.

There are numerous theories about these pip-squeak dogs. Some say they descended from a Swedish Spitz-type dog. Some claim they originated from Tibetan terriers of Asia. The breed was officially established on the Mediterranean island of Malta. The Maltese had gained popularity in Britain by the 1300s, when they were among the favorite pets of kings and queens.

Chihuahuas were developed in the Chihuahua region of Mexico. Historians say they descended from another small breed of companion dog found in ancient Central American civilizations or Native American tribes. In the 1800s, American tourists started bringing the dogs back to the United States. Today, many associate the Chihuahua with the popular fast-food chain Taco Bell mascot Dinky which is featured in various advertisements worldwide.

The pug’s history traces back to more than 2,000 years ago when they were the favorite pets of Chinese emperors. Around the 16th century, Dutch traders brought them to Europe. The name originated from the Latin word for fist, pugnus, which meant to refer to their flat, scrunched faces. In popular culture, the pug was featured in Disney’s “Pocahontas,” it represented the companionship that this dog breed offers for people across the world.

Pomeranians were the product of a smaller Spitz-type breed mixed with native dogs of Pomerania — which is part of Poland and West Germany. They are known for their small size, but their ancestors were actually large sled dogs from Scandinavia. It is said that while visiting Italy, Queen Victoria fell in love with poms, and is credited with breeding them to an even smaller stature to what it is today.

We know it says ‘dane’ on the name, but Great Danes are actually not a Danish breed. They were bred by German nobles for 400 years to hunt wild boar and were later used to protect homes and serve as fiercely loyal companions. Trivia: Two of the most famous cartoon dogs today are also Great Danes: Marmaduke and Scooby-Doo.

Siberian huskies were bred by the Chukchi people of northeastern Asia for hunting and sledding in the Siberian Arctic about 4,000 years ago. At the turn of the 20th century, American fur traders brought them to Alaska in 1909 for sled dog races. In 1925, Alaskan huskies became nationwide heroes when they ran from Anchorage to Nome to deliver diphtheria antibiotics for children. The famous Iditarod sled race in Alaska today takes place every year and traces the same path those heroic huskies followed in 1925.

Labrador retrievers were used as duck retrievers and fisherman companions in Newfoundland, Canada. During the early 1800s, English nobles and breeders visiting Canada took an interest in this dog breed’s kind and friendly temperament. The popular book and film “Marley and Me” cemented the labrador retriever’s place in the hearts of many film buffs and dog lovers worldwide.

Make no mistake about it, the German shepherd was the result of farmers crossing breeds to obtain a dog that excelled at herding, had a keen sense of smell, and possessed a sharp mind. The popular television character Rin Tin Tin helped lead to the breed’s rise in popularity in the United States.

During the mid-1800s, Dudley Marjoribanks of the Scottish Highland mixed his “yellow retriever” with a now-extinct spaniel breed, as well as the Irish setter and bloodhound to develop a suitable gundog. The golden retriever debuted at a British dog show in 1908 and then began arriving in North America around the same time. Since then, golden retrievers have been a fan-favorite in pop culture, with guest spots on hit TV shows such as “Full House,” and the starring role in the “Air Bud” film series.

This cute breed descended from England’s bulldogs. Historians say that Nottingham workers moved to France, took miniature bulldogs, and crossed them with native terriers to create the beloved French bulldog. They became a popular fixture of the Parisian working-class society in the late 1800 and gained even more success when a group of French bulldog breeders and admirers began organizing weekly meetings in 1880.

Bulldogs were pioneered in England in the 13th century for “bull baiting.” When that grime activity was banned in 1835, the sport became much less popular and breeders refined the breed to make it more mellow with softer features. The bulldog breed was officially recognized by the American Kennel Club in 1886, and today is the mascot of many college teams like Yale University, which is said to be the first animal mascot in all sports.

Regardless of dog breed and origin, we could all agree that humans are so lucky to have such loyal companions in dogs. 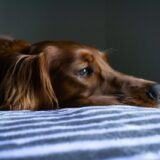 NEXT
How To Keep Your Dog Healthy During a Depression Phase