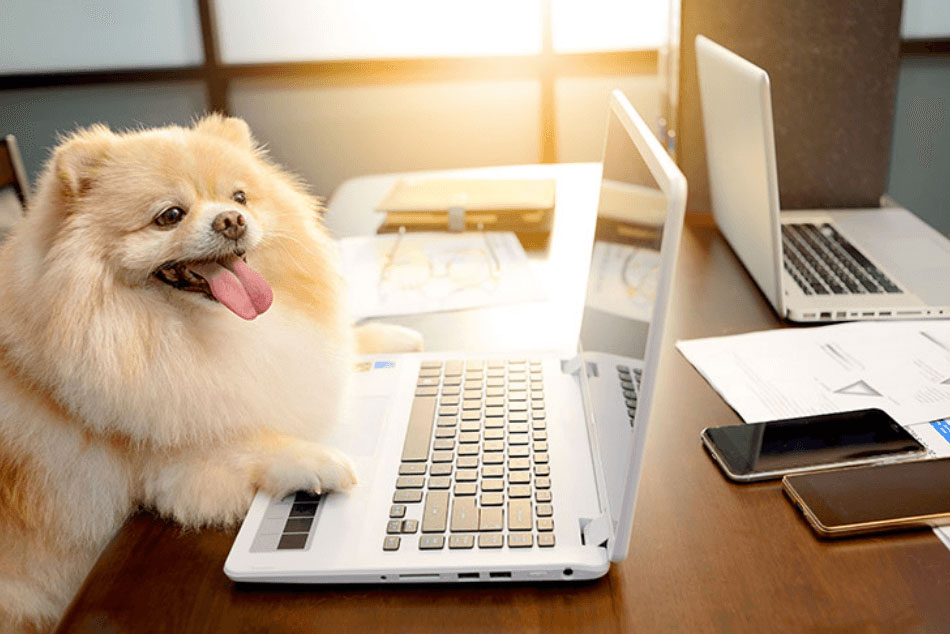 10 of the Funniest Dog Videos on the Internet

The internet is a wild place filled with so many rabbit holes that you can get lost in (we really don’t recommend ending up hurling down a rabbit hole on the strange side of the internet – oh, the things we can’t unsee). But in those rabbit holes, you can find a lot of funny videos because people like taking videos of everything, including their pets! Because, why not right? They’re cute, they’re adorable, and they have funny little perks that you can’t help but laugh at.

So, this list is dedicated to some of our favorite funny dog videos on the internet. You might recognize at least one of these videos and if you know all of them — good for us.

Have you ever had a wild night with your buddies in college, had a few too many drinks, and one of your friends is just there passed out on a couch just farting up a storm without a care in the world? This video has that exact same energy, but the best part about it is the fact that this is a video about a dog and a cat. You watch as this cat enjoys a nice relaxing sit on a soft bed while the dog sleeps undisturbed. But one fart and this cat just has it out for our poor sleepy friend. It’s always funny to see animals react the same way as people.

Continuing in the same vein as the last entry; we got more cats, more dogs, and more of them acting like real people. (Maybe we’re really not that different huh?) We’ve seen plenty of people get into an argument before and thankfully most of it is solved when someone intervenes. In our video, a golden retriever stops two cats from fighting by literally picking up one of the cats and just walking away. The funniest part is that you can tell by the Goldie’s expression that this isn’t their first rodeo. Good on them for keeping their angry friend from getting themselves hurt.

Getting caught red-handed is something else and getting caught with a really bad poker face is another. This video is a classic and I’m sure many of us have seen this funny video on Facebook and Youtube at least once or twice. While it’s always fun to see new videos pop up, particularly where pets pretend that they didn’t do an oopsie or they blame the other pet in the house for doing it, this one was one of the first videos, and Denver’s guilty face is timeless.

Ok, this is the last one of the cat/dog videos, but we had to add this one to the list because this has the exact same vibe as when two siblings try to annoy each other out of sheer boredom. You can just tell by that expression on the husky’s face that this is a daily occurrence in this house and this cat will never stop trying to bother him. While this one is pretty tame for the most part, you’re just watching a cat poke at a husky nonstop, the last bit is what really puts a smile on our faces. It’s simple, to the point, cute, funny, and reminds us of all the times siblings tease each other for no other reason than just being annoying. Good times.

5. Bosco and His Big Stick

Now this one’s a pretty famous video that I’m sure plenty of us have seen because what’s funnier than a small dog doing small dog things? Small dogs carrying big sticks! Bosco and his big stick is always a laugh because look at him, he’s just straight up causing chaos! He’s running around out here not caring about the people that he’s going to hit with that stick and you know what he shouldn’t. Live your big stick life Bosco, live big.

6. Tucker Wants to Get in the Tub

We know dogs who hate baths and we know dogs who love it but we’ve never seen a dog get this adamant about getting into the tub and kicking their owner out of it. This one is a hilarious series of back and forth between dog and owner over who should be in the tub. Now, I’m not going to say it gets heated but there were growling noises that I’m sure Tucker didn’t mean to say. On the bright side though he does figure out how fun blowing bubbles in water is.

If you haven’t been tuning into dog sports and agility competitions then you’re sorely missing out. While it’s fun to watch highly trained dogs go through obstacle after obstacle with the precision and speed of a trained surgeon, it’s way more fun watching them do cute and funny things that the judges never expect them to do. Here comes Kratu, a rescue dog that does everything BUT the competition. Running around, having fun, even stealing a pole! But let’s be real, you watch this video and Kratu will steal your heart.

We all know dogs are clever creatures but there are times when they’re just not the brightest and you know what you really can’t blame them. I mean, if I never saw a mesh door before, I’d wonder where the doorknob is too! And that’s the gist of it with this video. Got to admit, it’s kind of hilarious watching dogs claw at a mesh door, thinking they can’t go in, and not knowing they can just walk through it. Definitely not their brightest move but certainly their most adorable.

Over at theuglyaesthetic’s TikTok, there’s been a fun little series of videos starring an adorable Doberman named Steven. This rescue dog has a funny little habit that often makes his owner wonder whether or not Steven thinks he’s the shark from the movie Jaws. He would walk slowly towards his dad at odd hours at night to stalk and jump on him. While very eerie and weird, at the end of the day, it’s just a dog who really wants to play with their dad and we love that, creepiness and all.

The Bork meme has been around for a while now and The Bork Files isn’t the only one of its kind. We’ve got bork memes covering entire songs like Careless Whisper, Jurassic Park, Ghostbusters, and all entirely made of bork noises. But this one takes the cake for being not only one of the funniest dog videos but also one of the most creative bork memes. You bork in space, ominous borking, and even bork harmonization. Definitely worth the watch and if you haven’t seen the other bork memes yet, we highly recommend going into that rabbit hole because every single one of those is just funny.

If you want to watch more dog videos and adorableness on the internet, you can head over to our article on dog Youtube channels you can subscribe to.